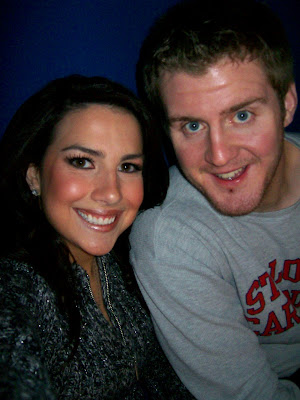 Hey guys!
I took a few pics from our trip to St. Louis! Tickets to a St. Louis Blues hockey game were part of Tyler's Christmas present- so we went, stayed the night in a hotel, and of course visited the Sephora, MAC, and Beauty First stores while we were in town! :D We had an awesome time!
♥♥♥♥
Our seats were really high up but we could still see everything that was going on. The Scottrade Center also transforms to a basketball court! 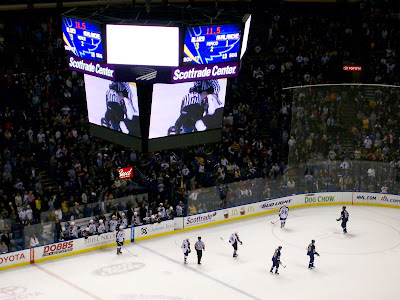 They clean up the rink with this thing called a zamboni! They're so cute, plus they say Bud Light LOL 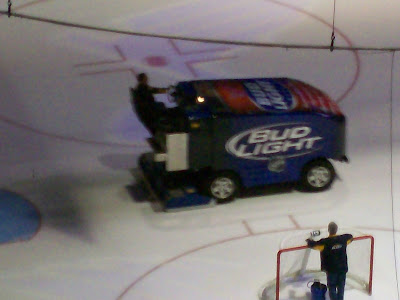 I'm a dork... totally took a pic of my eye makeup while at the hockey game :) I'm diggin' the smokey brown. 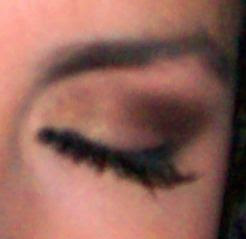 After the game we partied at this awesome sports bar place in our hotel (which was just a block away from where the game was). Should've taken pics but kinda forgot. The next day we went shopping at a great mall in St. Louis... 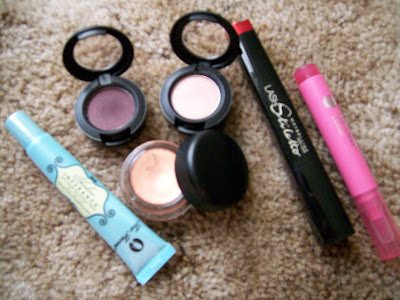 This pic kinda sucks- but you get the idea... and if you want more info I posted a haul video on my YouTube channel- yep I got my new camera up and running! It does lots of cool stuff that I haven't even learned about yet! Anyway- As you can see I got some Too Faced Shadow Insurance from the Beauty First store (Sephora was sold out!) and since I got a lot of Sephora loot for Christmas, I spend a little $$$ at the MAC store on a couple of eyeshadows- Naked Lunch & Sketch, as well as a Paint Pot in Rubenesque. Also- prior to the trip I picked up some Maybelline Lash Stiletto Mascara and the CoverGirl Outlast Lipstain in 400. Look for upcoming reviews & tutorials!

Have a great day!