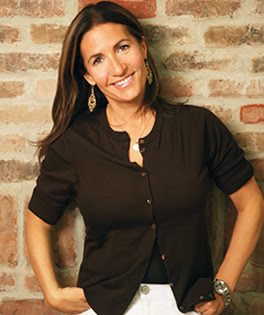 Hey everyone! Just wanted to pass along something cool I've discovered on Twitter. If you're a "tweeter" as well, you might want to check this out-- if not, you might be prompted to set up your own account!

♥
One day when I was feeling especially obsessed with makeup I decided to do a search on Twitter for different makeup artists that I loved. I found Bobbi Brown! I was so excited because I have several of her books, and I just love her makeup philosophy. In a nutshell, Bobbi rules. It looks like several members of her troupe of Bobbi Brown makeup artists are managing her Twitter page, setting it up so you get periodic tips, and you're welcome to ask questions too! EXAMPLE: Yesterday at work I was contemplating the effectiveness of airbrush makeup for TV news. In a matter of MINUTES I had a response, and was absolutely tickled over the fact that one of them took the time to send me a quick note back.

♥
emilynoel83@AskBobbiBrown
what's your opinion on airbrush makeup for TV news? Is it necessary for HD
or is regular liquid just as good?
44 minutes ago from web in reply to AskBobbiBrown

♥
AskBobbiBrown@emilynoel83
Bobbi prefers using a stick foundation for a flawless finish ~Joy Dee
5 minutes ago from TweetDeck in reply to emilynoel83
♥
I realize that specific subject matter might not be all that interesting to all of you, but it's just kind of an example of how effective Twitter can be for brief interactions between you and those who you may think you'd never get the chance to communicate with. Visit Bobbi Brown's twitter at http://twitter.com/askbobbibrown ...you need to have your own account to ask questions and stuff. FYI: my Twitter is http://twitter.com/emilynoel83
♥
ONE MORE THING... on Bobbi Brown's official makeup website (not the Twitter page), you can learn more about her and her amazing talents. On the part of the site called About Bobbi: Her Story, you can check out some neat video clips, including Bobbi creating looks for a fashion show. Enjoy! And have a fantastic day!
♥
Emily