Playing with Purple- and Pup! 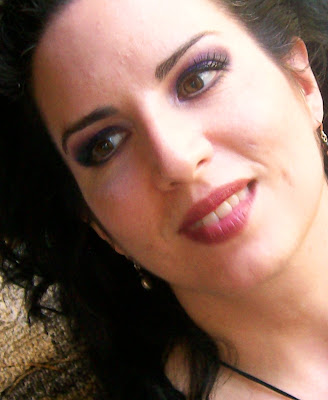 Hello! The face you're looking at isn't me, it's my beautiful sister Kelly a.k.a. Pup! Though we're about 15 years apart, we have a great relationship- and when we get together (like we did this past weekend) we always have a great time! I love Pup so much and I just wish we could be together more often! She's been there for me during pretty much every major moment of my life, but what's also really cool-- Pup and I can have the most fun & memorable times just goofing off! One of those times came over the weekend when Pup told me to "go nuts" and do some fun & different eye makeup! I took those words to heart, giving Pup a bold purple eye look with some of the most pigmented shades I have access to. Though it's a variation from Pup's natural beauty, I think it's bold and fun-- and she carried it off beautifully!

As you can see from the little image I created above-- I used my Creative Me palette from Coastal Scents. This is similar to the Fierce Pink & Purple look I recently did on myself, only that was heavier on pink and this is more purple. I actually shot this look with Pup as a video tutorial- but due to the way I was positioned in relation to the camera- my voice didn't pick up that well the entire way through. So enjoy the bullet points! :D 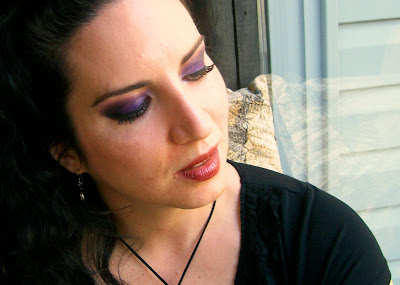 We had fun doing a little post-makeover photo shoot. Pup makes a gorgeous model! Here's Pup with her precious cat Bunny! (Bun has no tail). 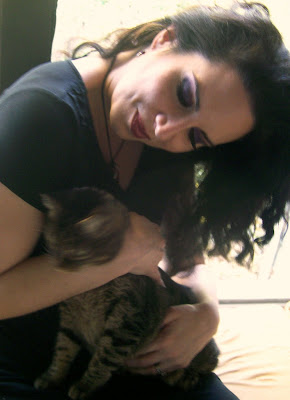 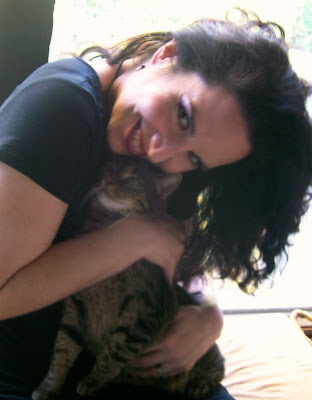 Want more Pup? She talks about her artwork, cooking, and more at her blog: http://www.alizarine.typepad.com/

Thanks for stopping by!