Is being nice a bad thing? 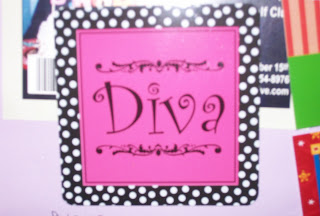 Hey everyone- this is not a makeup-related blog- so if you're not interested, I won't be offended if you take this opportunity to check out! That being said- this pertains to a situation that was brought up at work today... which really caused me to think about my life as a whole and the way I'm perceived. During a meeting at work, the act of calling people out on their mistakes was brought up. Someone mentioned- *if Emily were to call someone out, people would really take note because she's so nice* (laughter). I'd first like to note that many who seemed to show agreement with this comment don't really work side by side with me on a regular basis to even know exactly how I respond to certain situations... but regardless... it seems they feel they've got me figured out- and I've been pegged as a "nice person". Are there worse things to be called? Absolutely! But in some instances- being known as "the nice one" can also be code for "the one without a backbone". At least for me, that's what it meant back in grade school, high school, and college (according to those who didn't really KNOW me as a person). So naturally- I had that negative flashback when the phrase came up in today's meeting.

♥
Here's a little history lesson... from kindergarten through 8th grade, my dad was my principal. I couldn't get away with being a "Diva"... everyone would say I thought I had some sort of right to do that since I was the principal's daughter. The alternative for me was to be nice. It still didn't earn me a lot of friends, but at least people didn't think I thought I had some sort of license to rule the school. Then came high school. A point came when we were practically coachless for cheerleading and once some of the older girls left, it was mentioned that I "wasn't enough of a bitch" to make the squad successful. In other words- I was too nice. I flashback to this moment quite often. In my opinion- once again I couldn't get away with being a Diva because I was the girl on the top of the stunts- I was incredibly self-conscious of people assuming I felt the need to be the center of attention- and also needed to command the rest of the team! I went out of my way to be nice- and if I had to be "mean" I did so with much caution. We remained a tight-knit team with great abilities and respect for one another. A similar assumption was made about me in college- (cheerleading squad was once again coachless) and I had to take charge. I still managed to keep my cool, be nice, and found that it got me far.

♥
Here's the bottom line: you don't have to be a bitch to be a leader. There's a difference between having high standards and holding others accountable... and being mean and disrespectful. Sometimes it's a fine line- but it's a line I feel like I've walked all my life. Now I'm a news anchor. Once again, a role where I could easily become the dreaded "diva". I've seen it happen to others, and just knew I didn't want to be the mean, unapproachable lady on the anchor desk who thought all should cater to her and do as she commands. I've always tried to be the anti-diva... probably because I've seen lots of divas in action- setting an example for what I didn't want to be. Kind of ironic that I got that diva magnet (shown above) as part of some sort of grab-bag present. I glance at it on my refrigerator from time to time... my little reminder to keep both feet on the ground. And that in my opinion- it's ok to be nice. It doensn't mean you're weak or opinionless. A person can still be assertive, while maintining others' respect. Some people may see your niceness as a negative thing- but if you believe you're doing what's right... don't stray from your course. Be nice, state your feelings, but have tact and compassion.
♥
Thanks for taking the time to read!
Emily
Email Post
Labels: About Emily