QOTW: Holiday Shopping for the Man in Your Life

Hey Everyone, Emily here! Thanks for stopping by the blog. In every question of the week post I do, I like to offer some sort of "take away" for those who read it. Some practical advice, whether it's about makeup, clothes... heck, some of them are pracitcally pshychology! I knew I wanted the "take away" of this blog to pertain to Christmas shopping for the man in your life- so why not ask my husband Tyler to do a guest blog? Take it away, Tyler! (P.S. you'll see a lot less exclamation points, but still- great content! LOL :D) 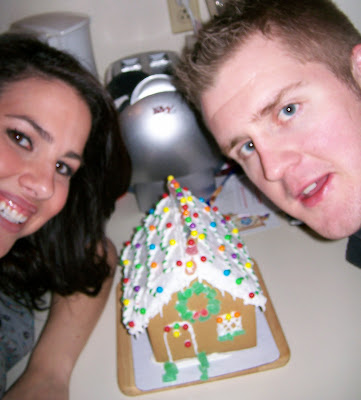 ♥
"Holiday Shopping for the Man in your Life"
...and Question of the Week Results
-a guest blog by Tyler

I'm writing this guest blog for last week's 'QOTW'. I'm not sure how Emily usually does this so I'm just going to give the results and throw some commentary in. She would also like me to give my top ten gift buying tipsfor the man in your life, so I'll see if I can come up with ten semi useful ideas. The question of the week was: "When do you start your Christmas shopping?" How would I have voted? I'm glad you asked. I bought a gift on the Saturday after thanksgiving this year which is pretty early for me. Usually I don't start till around a week or two before Christmas. I haven't bought Emily anything yet in case you were wondering, but I have some ideas. On to the results...

Now on to my top 10 tips when you're shopping for the man in your life around the holidays...

That's my take on gift giving for the man in your life. Hopefully you getan idea or two from this list.