Eye of the Night: Sparkles McGee!

Hi everyone! Don't you love getting to play with makeup when you have no intention of leaving the house? I'm always much more daring when I have this rare opportunity. And with the new Wet n Wild baked and glitter palettes, I have a lot to play with. I've named this post SPARKLES MCGEE (if you've watched BlogTV, you know this was once a Word of the Week!) Anyway- it's obviously a bright pink lip- but the eyes are a combination of black, brown, and magenta along with a lot of sparkle. 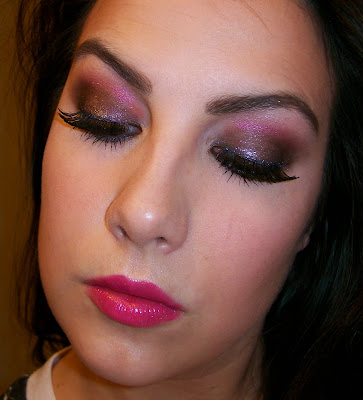 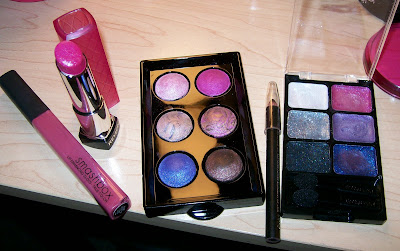 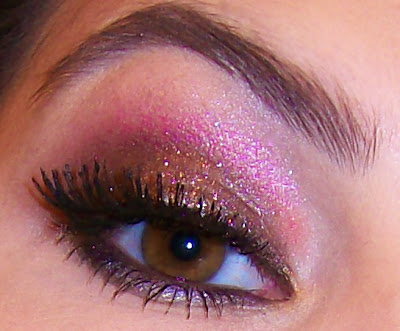 Just a fun look to play around with... but I must say- it didn't last. I didn't top every part of the glitter creams with a powder just to see how much they would crease. I laid on the couch and read a book for about an hour, looked in the mirror, and I had some major amounts of product collecting in my crease. If these were regular cream shadows I'd say-- use a primer, apply a thin layer of the cream, and then top with shadow... however the whole point of glitter is for it to be on TOP and sparkle! I still need to play with these some more before reviewing... but I can tell that for these glitter palettes to last- you'll have to use them verrry carefully. I'll keep you posted. Thanks for reading! :)
♥
Daily Nuggets... 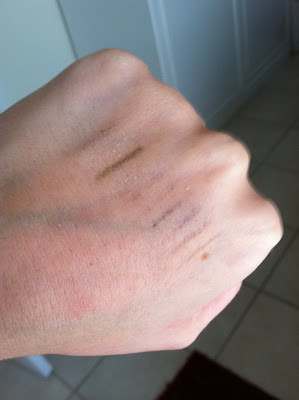