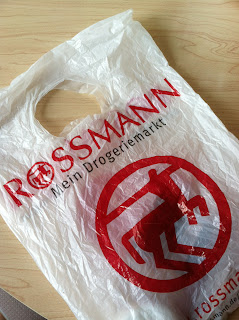 Hey everyone! Happy to be back home safe & sound after a great trip to Germany!
Tyler and I went for his brother's wedding and it was so fun. I have lots of video clips and pictures that I'll work into an upcoming Beauty Vlogcast video, but for now I wanted to show you the drugstore makeup I came up with! I've come down with a post-travel cold and my voice isn't so good... so blogging is a bit easier for me right now. 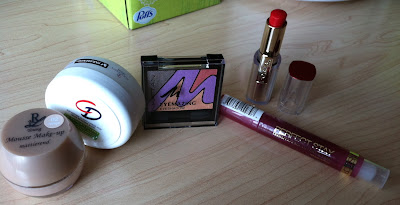 We were staying in Idstein (a medium-sized town outside Frankfurt), and Sylvia (my sister-in-law) suggested we go to this drugstore called Rossmann. If I had more time (and space in my suitcase)- I would've shopped more! :) This store had around 5 brands in the cosmetics section, including some German brands I'd never heard of, as well as  L'oreal and Maybelline... however the displays weren't near as large as they are in the U.S. Another random observation- certain products- like eyeshadows- seemed a lot smaller than they are in the U.S.  I wanted to just get a little grab bag of random things... 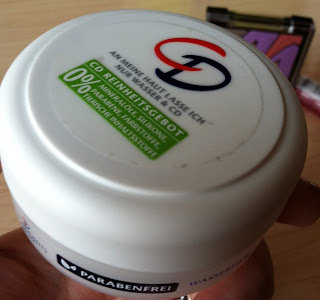 I picked up this CD moisturizer (not sure if there's more to that brand name)- in a small size... Sylvia recommended it. The moisturizer I had packed was teeny tiny, so I figured I could use some more. This cream was great for nourishing my skin without getting greasy under my makeup. Tyler used some & liked it too. Gotta keep the skin hydrated after those long flights! 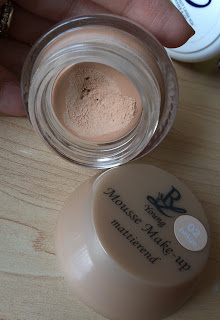 I found a mousse foundation from a brand called Rival de Loop that I picked up. It's somewhere between the size of Maybelline Dream Mousse foundation and the Dream Mousse Concealer. The texture is similar to those, only a bit more fluffy and it blends out with a more powdery-feel. The shade I have is 02 Beige. I used a little of this when I did Sylvia's makeup for her wedding day :) 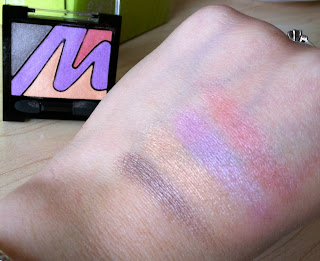 This eyeshadow is from a brand called Manhattan. I'd been wanting to do a peach & lavender eye look, so that's why I picked this one out of a special display. The shades are all rather sheer in these swatches, but pretty. And the purple is slightly iridescent. I'm excited to try these out on my eyes. I'm not totally sure what the shade name on this is... the back of the packaging says "Eyemazing Eyeshadow 3". 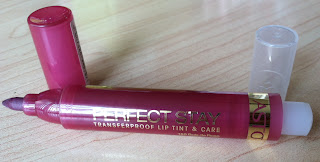 Then I found this Perfect Stay stain/balm from a brand called Astor. I know Revlon makes something similar- with the marker-like lip stain on one end, and a clear balm on the other. This berry shade is called "Bols de Rose". I haven't used this yet, but Sylvia and I both thought it was worth a shot. 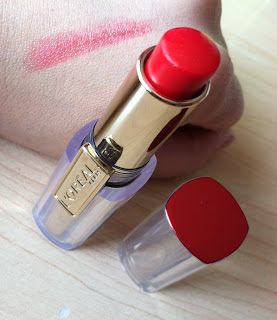 With the brands like L'oreal that we're familiar with in the U.S., they have some of the same products- but they're often packaged differently. This Caress lipstick in 401 Rebel Red is an example of that... these lipsticks have different packaging in the U.S. and they're cut at an angle- unlike this one which is flat across the top- more like a balm. Another example of that- the Maybelline mascaras all had pointy caps in Germany, unlike ours in the U.S. Yes, I'm makeup obsessed, so these little things fascinate me.  As for this lipstick, it's a sheer, moisturizing red that became my go-to lip product for a couple days of the trip. Love it!

So there's my little haul! I'd never heard of several of these brands- so for those from Germany who're in the know-- I'd be curious to hear your thoughts on what I picked up! I'll have much more to come on this trip in a future vlog. Thanks for reading! 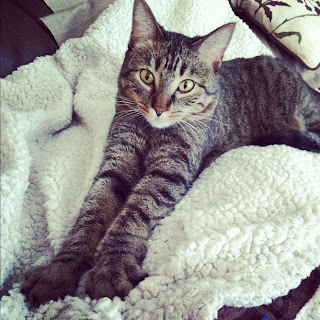