Would You Rather Tag: Makeup Edition! 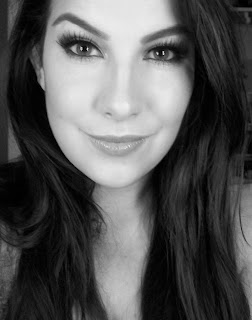 Hi everyone!
I've been rushing around a bit today doing some shooting, editing, grocery shopping, cleaning... and I wasn't sure what to do for a blog post! Then I  remembered that Lacey from Lacey's Beauty Reviews had tagged me a month or so ago to do the "Would You Rather: Makeup Edition" tag! You can check out her post here, and she also has a YouTube channel! I think you'll really enjoy her! :) Let's get started with the questions!

2. Would you rather chop off all your hair or never be able to cut it again?
Well, I guess I'd rather chop it all off... the question doesn't say you can't grow it back! :) Never being able to cut my hair again would be awful. I can only imagine the tangles my fine hair would get into!

3. Would you rather have a coral cheek or a pink cheek?
At first I thought pink... since I love wearing pink and berry lip colors and I just think they compliment each other really nicely! However, A coral cheek isn't too far off from pink, and it really doesn't clash with any lip colors you might choose. I might have to go with coral-- one of my current favorite coral blushes is The Balm Instain blush in Toile.

4. If you had $1,000 to spend, would you rather buy clothes or makeup?
Makeup. Easy! I get so much more excited shopping for makeup than I do shopping for clothes. And I'd make a point to go to an awesome mall with that 1,000 bucks and buy from some really high end brands that I don't normally use. How fun would that be?!

5. Would you rather apply lipstick as eyeliner or eyeliner as lipstick?
It might sound crazy, but I have some pretty pink, nude, bronze and burgundy eyeliners that could make great long-wearing lip colors. I know there are some deep-colored lipsticks out there that could work color-wise to define the eyes... but the texture would be awful. Can you imagine the smudges?

6. Would you rather only shop at MAC or Sephora?
While I have certain products from MAC that I think are great, I'm not totally hooked on the brand as a whole. My urge to always try new things makes me lean toward Sephora. So many more brands to try there! I would really feel like I was cheating on Walgreens though :(

9. Would you rather have dark nails or bright nails all year round?
Bright nails! It's kind of rare that I go super dark with my nails at any time. I gravitate toward the bright or light colors much more.

10. Would you rather give up your favorite lip product or your favorite eye product?
Why is it always a matter of giving something up? How about a question like, would you rather have a truckload of lip gloss or a truckload of eyeshadow? LOL :) I think it's hard to settle on favorite eye products (like liners and mascaras) but good lip products that could potentially be favorites are easier to come by... so I guess I'd rather give up my favorite lip product, which right now is probably Revlon Lip Butters or Neutrogena Moisture Smooth Color Sticks.

11. Would you rather only be able to wear your hair in a ponytail or a messy bun?
I don't always love the way my hair looks hanging in a ponytail, so I might go with messy bun. I could still wear it high or low or low and to the side, so I guess that wouldn't be so bad!

12. Would you rather never be able to paint your nails again or never use lip gloss?
I wouldn't paint my nails again. And heck, if you can keep them nicely filed and buffed, they wouldn't look too bad! I can't say no to lip gloss!

13. Would you rather shave your eyebrows and have none at all or Sharpie them in everyday?
I am actually cringing as I think about this question. UGH. I can't picture myself without brows. But using a sharpie to fill them in... I don't think it gets more harsh than that. Unless they have the perfect shade (and size/tip) of Sharpie out there, I might have to go without. Wait-- I will go browless until I negotiate with the CEO of Sharpie to create a custom product especially for eyebrows than can be distributed to all people in my unfortunate position.