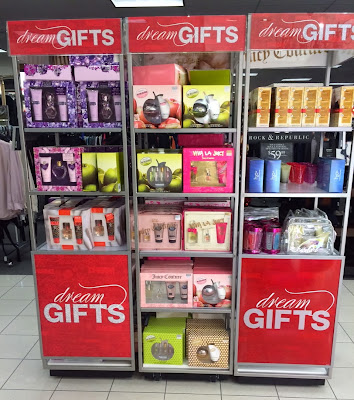 Hey everyone!
Happy Monday! I've been hearing from so many people who say their local Kohl's store is carrying some different makeup brands like The Balm and LORAC! I've seen pics showing that it's not just a few products, but actually the ENTIRE line of makeup from these brands! After checking my store, I've realized that it is carrying some new beauty stuff, but not exactly what I was expecting. First off- as you can see from the picture above, there were tons of fragrance gift sets (both men's & women's). As for the rest- here's a look! (And you can click on these pictures to enlarge them). 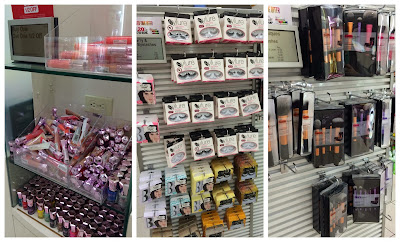 There was a little area near the jewelry with some Candies beauty products- including lip glosses and nail polishes. Also- Eylure false lashes! Including regular varieties, as well as the Katy Perry lashes and some special blinged-out Katy Perry lashes. And... Real Techniques! Both brush sets and individual brushes. How cool! 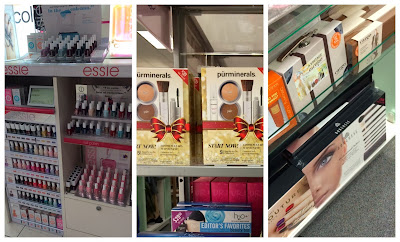 Also in the beauty area- there was a decent-sized selection of Essie Nail Polish, and I saw some other little displays with products I don't normally find at Kohl's. There were a few Pur Minerals gift sets, alsong with a couple of sets from Cargo and Borghese. I also saw a few boxed LORAC sets, but not the whole line. As far as the lines that are always at Kohl's- American Beauty, Elle, Flirt... those were all still there. Just thought I'd update you on what's out there-- chances are your store might have even more new stuff in the beauty section! Hoping mine starts stocking The Balm soon :) 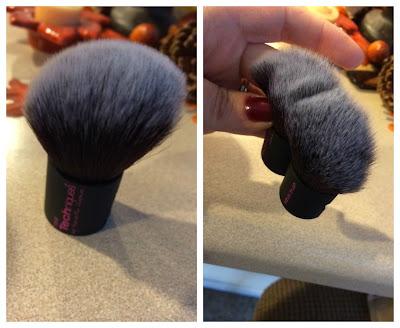 As far as my little haul- I did pick up one of the Real Techniques brushes- it's the 2 in 1 Folding Kabuki Brush ($10). It's a full, very soft angled kabuki, but when you undo the magnet that holds the brush together, you get a skinner and wider brush- which I think could be nice for contouring. Only problem- it doesn't seem to actually lock in place when you open up the brush... you just have to hold it that way. 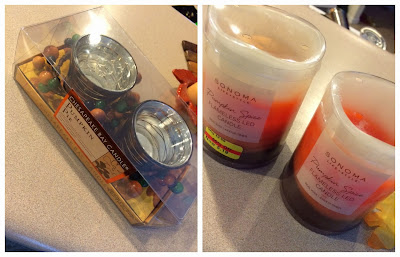 Also- Christmas stuff is out in the home section, and a lot of the fall stuff is already half off! So I got this little duo of Pumpkin Pie candles from Chesapeake Bay... they're really cute little holders with small candles inside, surrounded by decorative rings. They were $9.99, and I got them for my mom. She's hosting Thanksgiving so I thought these would be perfect to add to the dinner or dessert table! Also- while I like burning candles, I also love the flameless versions! These Pumpkin Spice candles from Sonoma were around $5 each. 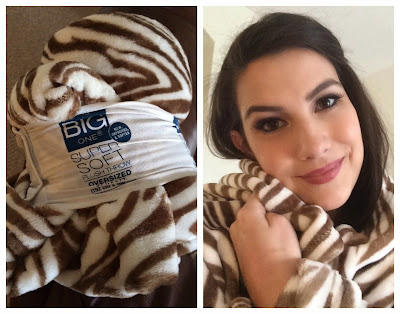 I've been wanting to pick up a new blanket for the couch, and I thought this one would look great on the brown leather... yep, it's zebra print folks! It's SO SOFT. Had to even snap a blanket selfie. This was $20, which I kind of thought was a bit much... but as I said- it's just as soft as can be and is a nice size- 5ft x 6ft. It's not super heavy and thick, but just enough weight to keep you warm. Cupcake will love this too.
♥