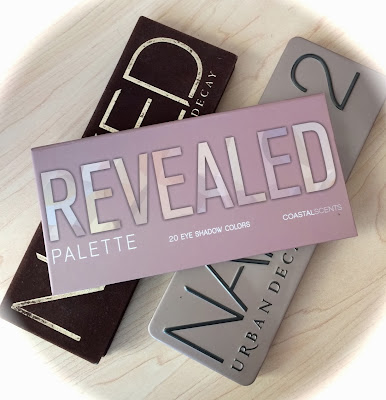 Hey everyone!
Ever since showing the Coastal Scents Revealed palette in my recent haul video, I've heard from a lot of people who want to see some comparisons to the Urban Decay Naked 1 & 2 palettes! So that's what this blog post is all about :) FYI- the Revealed Palette is $19.95 at the Coastal Scents website... although at the time I'm writing this post- the palette is out of stock-- however you can sign up to receive an email to notify you when it's back! 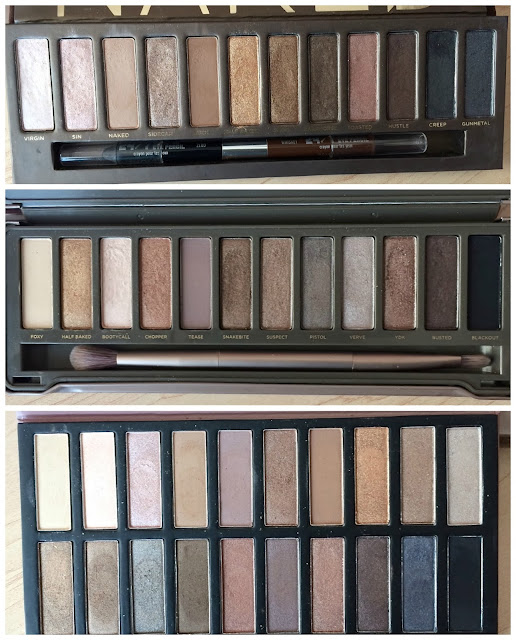 I had a hunch that there were many Naked dupes in the Revealed palette, and after a whole lot of swatching this afternoon, I was able to come to a few conclusions... 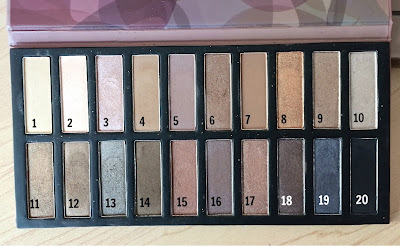 (Click to enlarge any of these photos)
I've numbered each shade in the Revealed palette to give them an "identity". From what I can tell, shades 6, 11, and 16 aren't dupes for any of the Naked shadows. 6 and 11 were close to certain shades, but not quite close enough. In the pictures below, the top row of shadows are Urban Decay Naked shadows, and the bottom row are Revealed Palette shadows. If you notice some gaps under certain Urban Decay shadows-- those are the shades that I wasn't able to find a dupe for. The first shades on the far left are very light (just don't want you to skip them as you look across).

I know many people already have the Naked palettes, but for those who don't and want to get similar looks- I think it's pretty remarkable that there are so many dupes in this affordable palette! I find the Coastal Scents shades (both mattes and shimmers) to be very pigmented- and I really don't mind that they don't contain glitter like some of the Naked shades. One downside to the Revealed palette is that it doesn't have a mirror... but beyond that, I really don't have any complaints. It's a great neutral collection of eyeshadows!