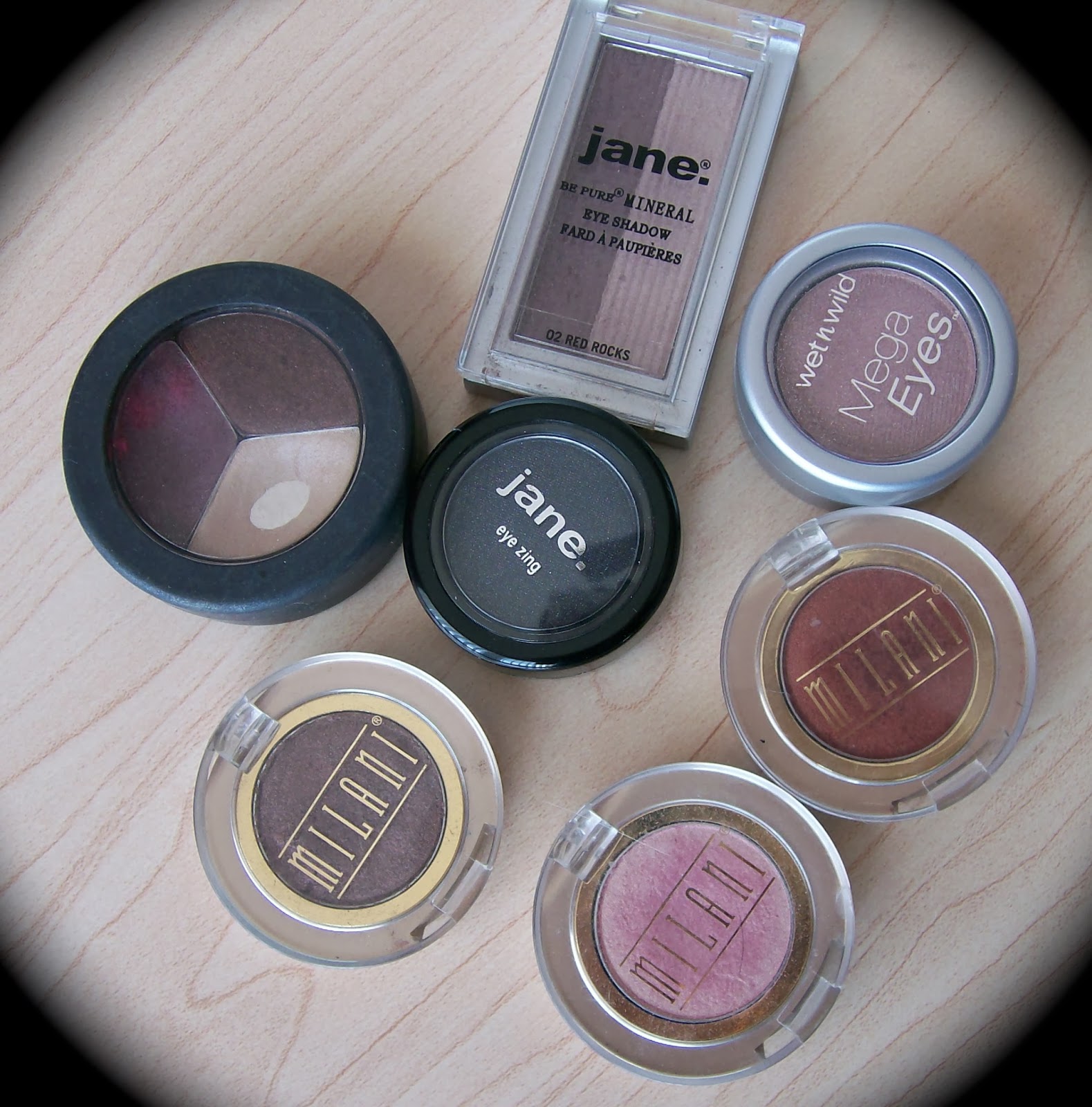 Hi everyone!
Hope your week has been going well! I wanted to share a little project that's underway in my makeup room- it was totally inspired by MissCrystalMakeup's Makeup Purge 2014 video. I watched it last Friday, and was immediately compelled to dig through my makeup collection and weed out the things that were too old or that I wasn't using. Let's face it- it's easy to harbor a lot of old stuff if you're not re-assessing your collection every so often. Plus, being a big makeup nerd, I like to hold on to certain things for "sentimental reasons" even though I probably won't use them again. So I decided to go through my stuff, separating products into different categories...
Once I complete this process, I'll probably share some pictures, but so far one of the categories I've been through is my eyeshadow collection. I stumbled across so many old products (purchased anywhere from 2000 to 2006ish)... and I thought it would be fun to share some of my MUST HAVES from back in the day... you may remember some of these from my earliest YouTube videos! I'm not going to throw these away, and I actually have this vision of doing some sort of magnetic "makeup hall of fame" board in my closet with this stuff. But anyway-- these shadows were my favorites back then, and hundreds of reviews later, I still think they're awesome! 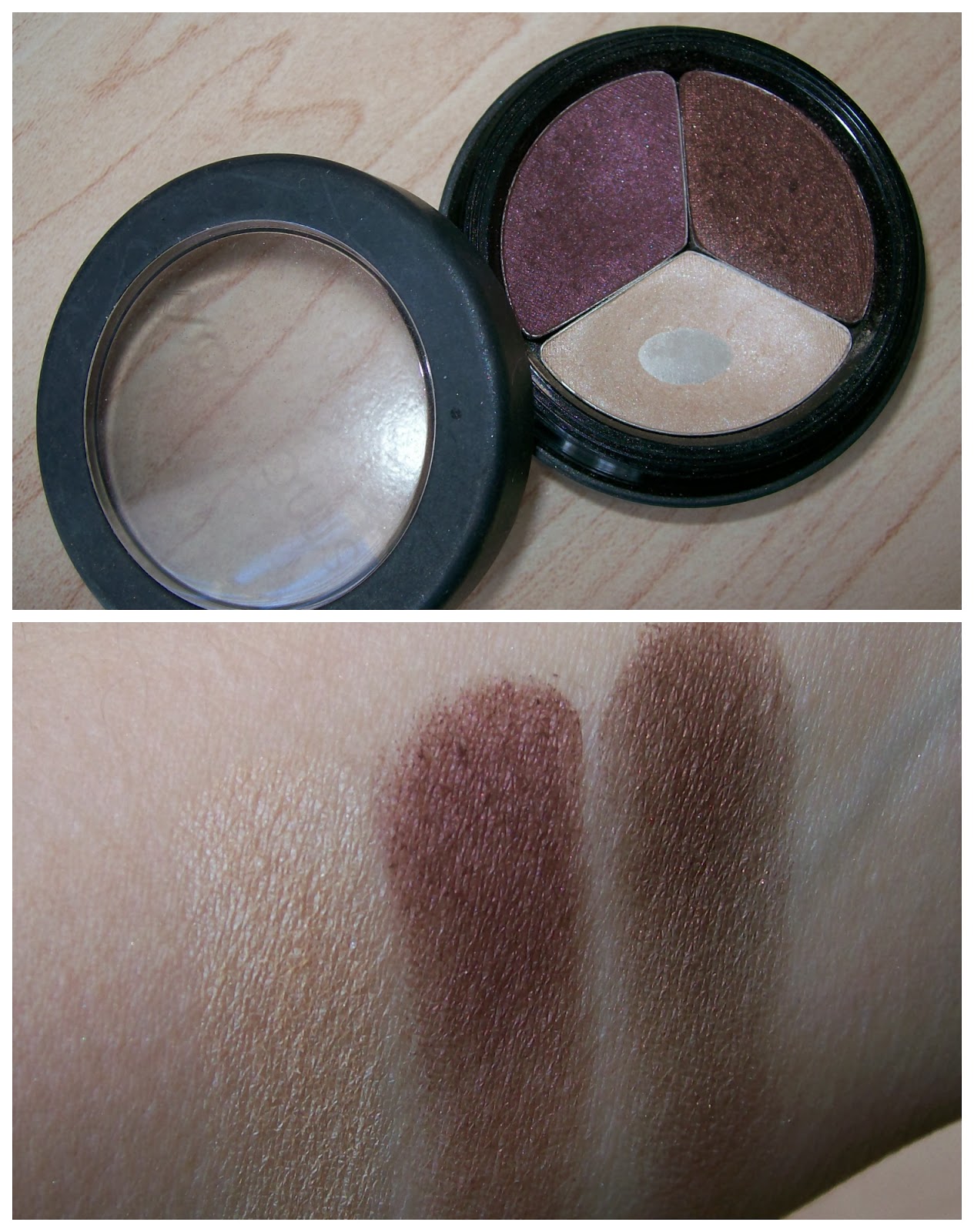 Smashbox Smashing Cocktail Hour Trio
I believe this product was among some of the first high end makeup I ever had. My sister Kelly a.k.a. Pup got me a little Smashbox set for Christmas (many years ago), and I remember using this trio constantly in my early news days. The shadows feel so buttery and smooth. There's quite a dent in the plum shade, and I remember how incredibly easy I thought these were to blend. 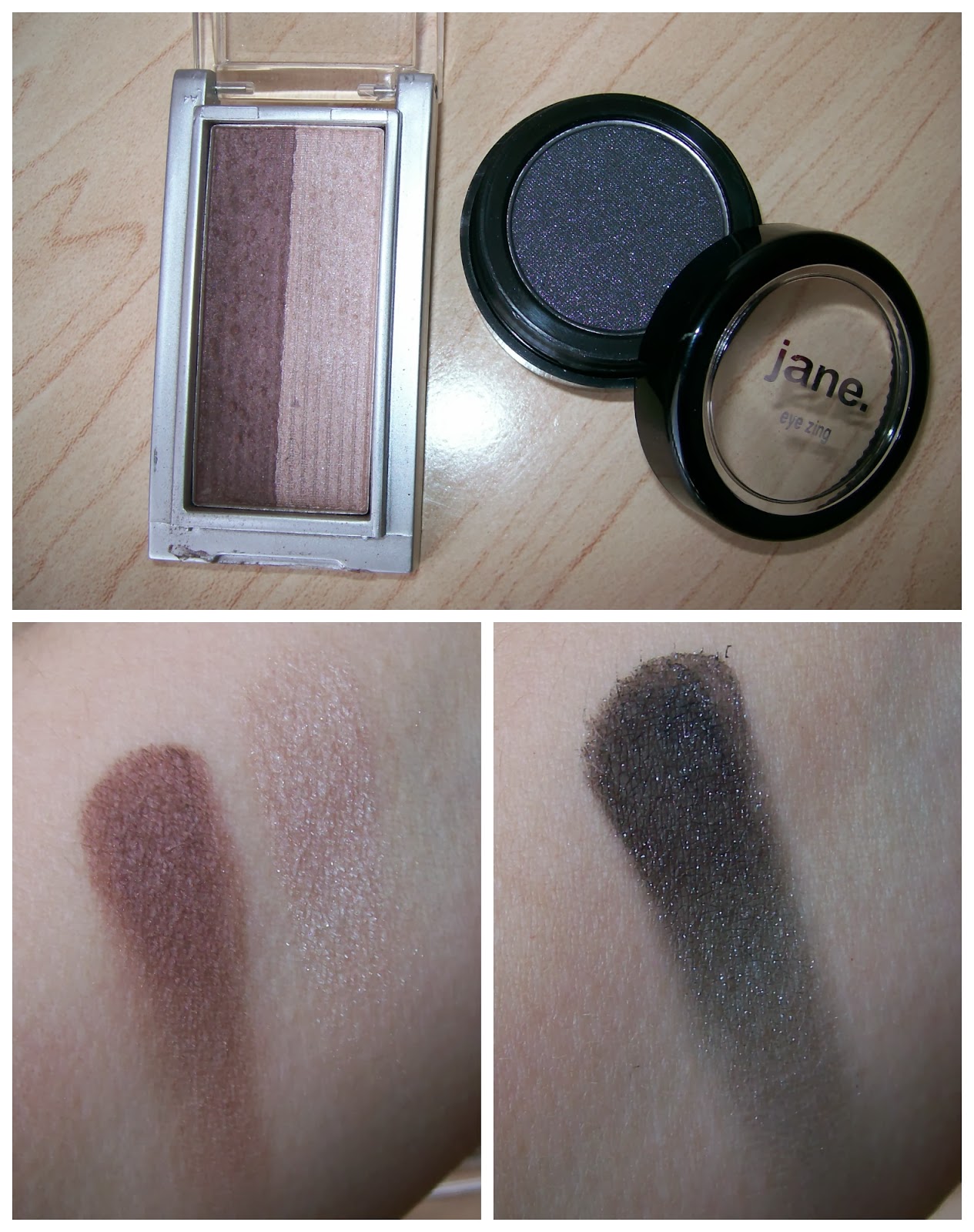 Jane Mineral Shadow in Red Rocks & Jane Eye Zing in Clubbing
My all-time favorite Jane eyeshadows! I think that Red Rocks duo was even an Emily Award winner back when that series began. That matte plummy/brown was the BOMB. Also- who didn't love the Jane Eye Zings?! These were next-level drugstore eyeshadows, and Clubbing was my smokey eye must have in COLLEGE. It takes commitment to totally use up a black eyeshadow, but I accomplished the task with this bad boy. The one in the picture is actually new, because last year Hautelook was randomly selling old Jane stuff, and, you guessed it- for "sentimental reasons"- I needed to buy a new one. 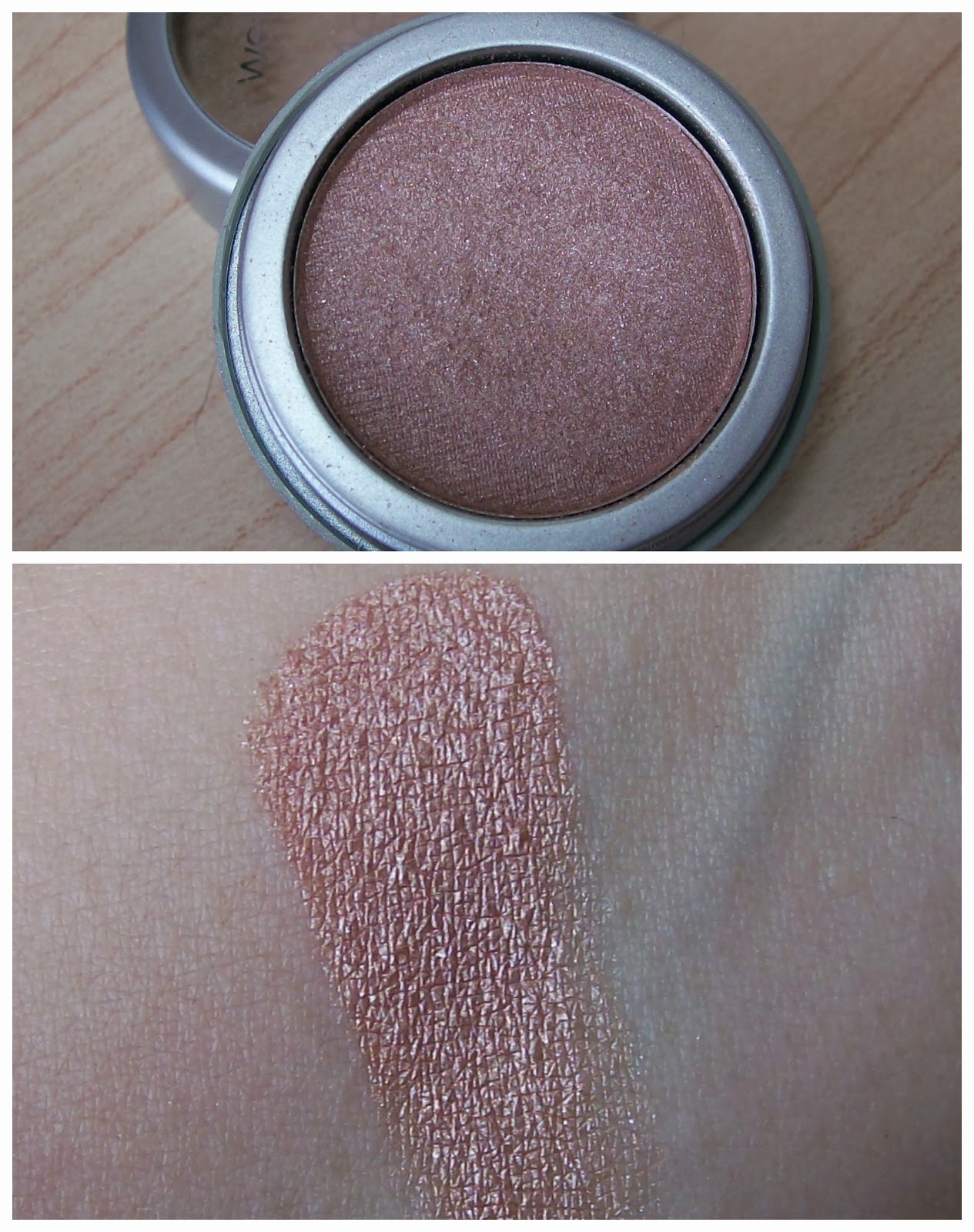 Wet n Wild Mega Eyes Eyeshadow in Fine Wink
Before Wet n Wild was making it's fabulous Color Icon palettes, the brand was much more hit & miss... but this particular shadow was a total hit, and it was a cult favorite on the first makeup-related websites I remember going to (MakeupTalk & MakeupAlley). This shadow was gorgeous rose gold before rose gold was cool! :) The texture is impeccable and as good as any high end shadow I own. 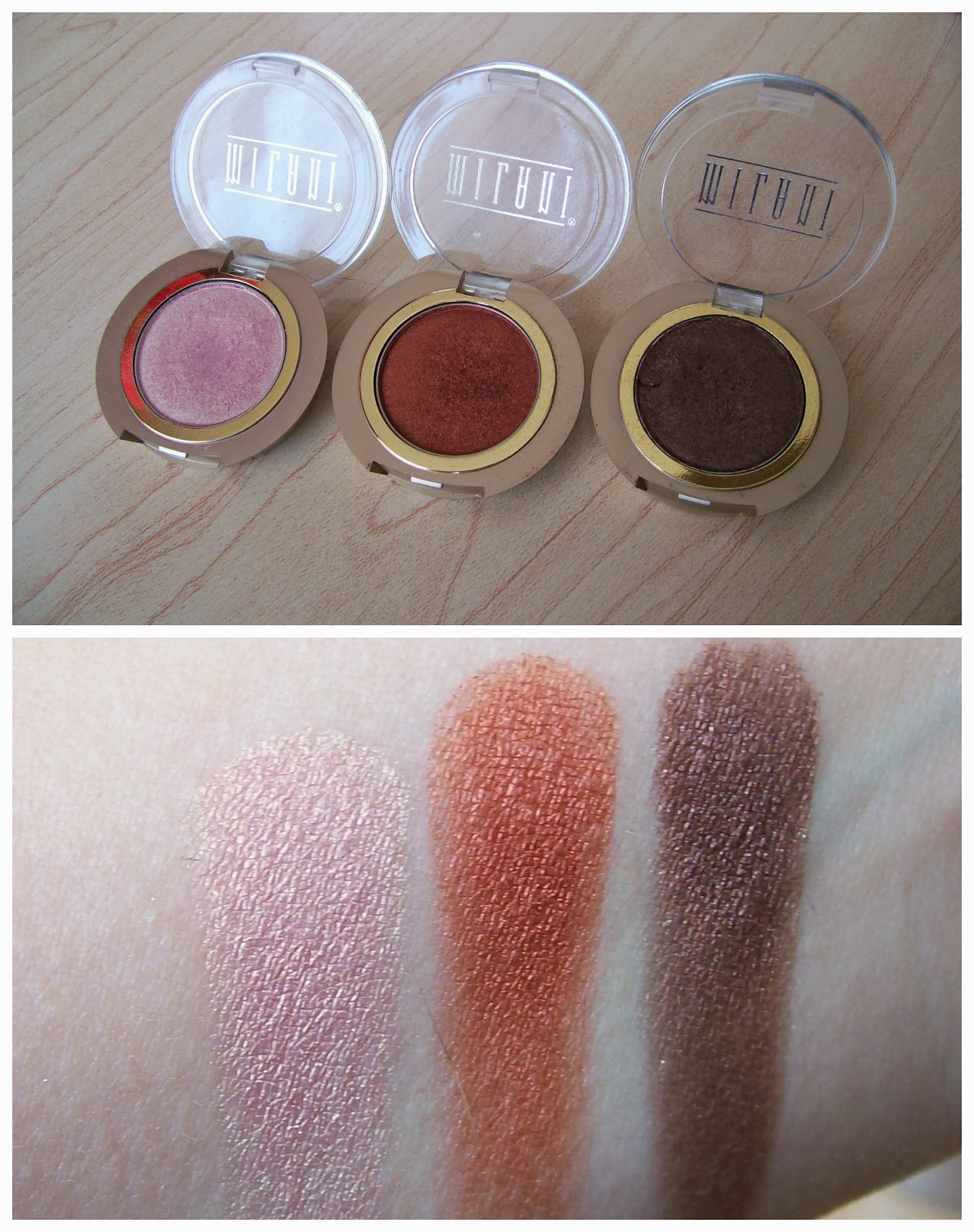 Milani Eyeshadow Singles in Illusion, Flare and Java Bean
Remember these little gems? I remember allowing myself to pick up one of these from Walgreens every so often... maybe 2 if there was a buy one, get one deal. I have 7 or 8 total, but these shades were some of my favorites. These shadows were so smooth and pigmented, and had a great reputation in the early online makeup world. They were so often compared to MAC and other high end brands. With shadows this good- it makes you wonder why the brand would ever stop making them. I remember a bittersweet day when I saw some in a bargain bin at Big Lots and I snatched up several- knowing they wouldn't be back in Walgreens again. Definitely makeup hall of fame material! :)
♥

Ok, now it's my turn to ask you... what kind of old makeup is lingering in your collection? Do you find yourself holding onto products just because you associate them with something special? Thanks for checking out this post, and I'll probably do some updates on my makeup purge/reorganization!