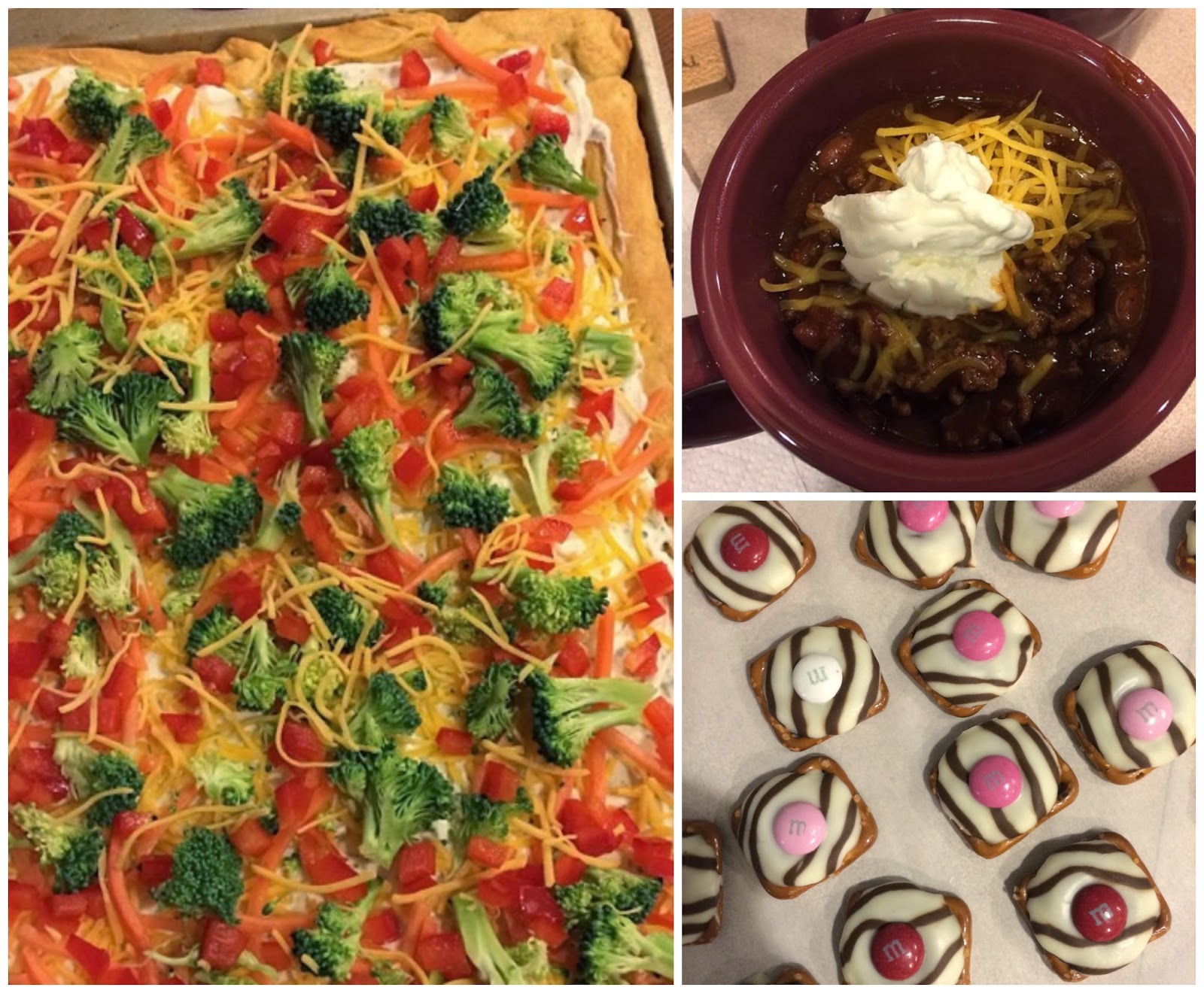 Hi everyone!
Hope you had a great weekend! While the Super Bowl turned out to be a major blowout, I still had fun making some treats for the big game! I posted pictures on Twitter and Instagram, but many people asked for the recipes for these things, so I thought I'd post that information here on the blog! 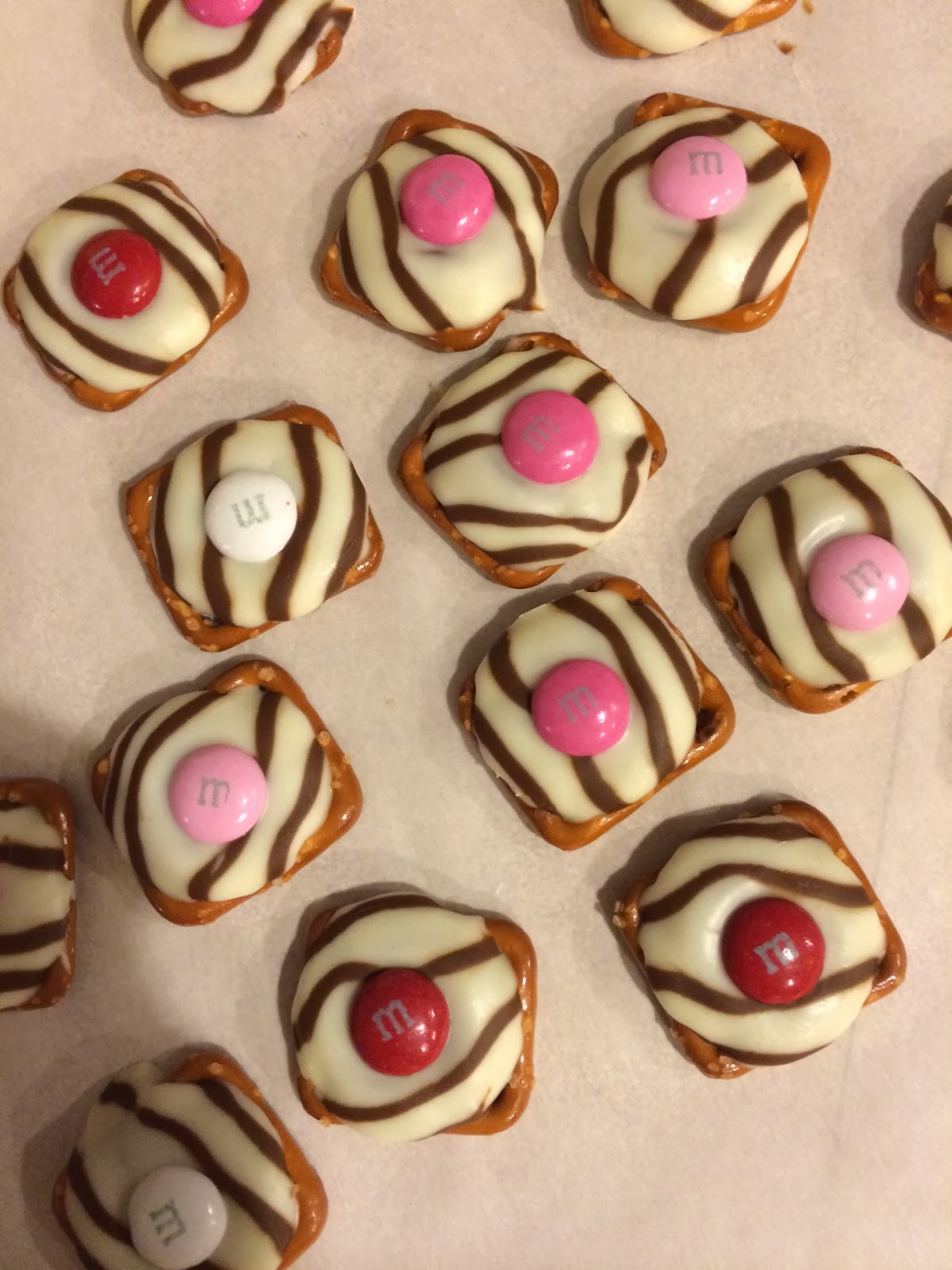 Pretzel Hugs - Click for Recipe
These are so, so cute and I've been meaning to try them for a long time! You basically just melt the Hershey's Hugs on the pretzels and then pop an M&M on top! It's a great sweet and salty treat, and I'm planning to send some of these to work with Tyler so he can share them (and prevent me from eating the entire container). Isn't it cute how they almost look like zebra print? I let these cool in the refrigerator, and then just put them all in a plastic container and they don't get melty on top of one another. Many people told me they make these with Rolos and pecans, which sounds delightful! 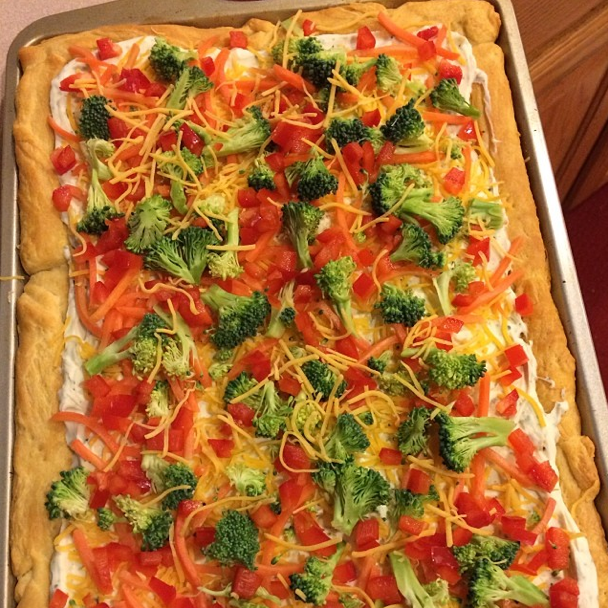 Veggie Pizza - Click for Recipe
Judging by the tweets I received after posting this picture- some people have never heard of Veggie Pizza! But I've enjoyed this for years, and it's a nice way to take in some fresh vegetables! There are probably lots of variations on this recipe, but it basically consists of a crescent roll crust, a cream cheese/ranch mix spread, and then whatever veggies you want. I used carrots, broccoli, diced red pepper, and a little cheddar cheese as well. So once you bake the crust, you don't bake it again-- it's served cold. We loved it! 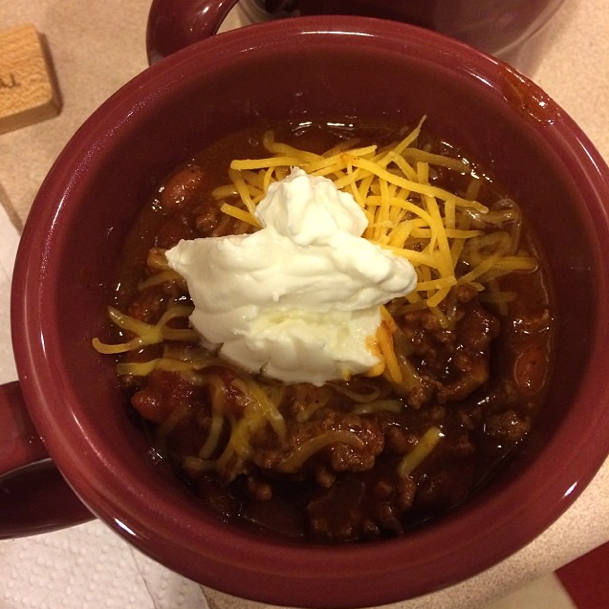 Spicy Crock Pot Chili - Click for Recipe
This is my chili recipe! If you click the link, it'll take you to a video I did on BeautyVlogcast, but check the description box under the video for the written-out recipe. I LOVE this chili. It has a kick, but if you prefer something more mild, you can use regular diced tomatoes in place of Ro-Tel.  Also, this is a pretty thick, meaty chili (that's the way we like it). I love to add a little dollop of sour cream, some cheddar cheese, and then-- for a total treat-- put Fritos corn chips in the bottom of your bowl before spooning in the chili. They get a little soft, but still offer a slightly crunchy texture to the soup. It's so good!
♥

Hopefully this gives you a few very easy recipe ideas for your next gathering, or anytime! What did you eat during the Super Bowl?