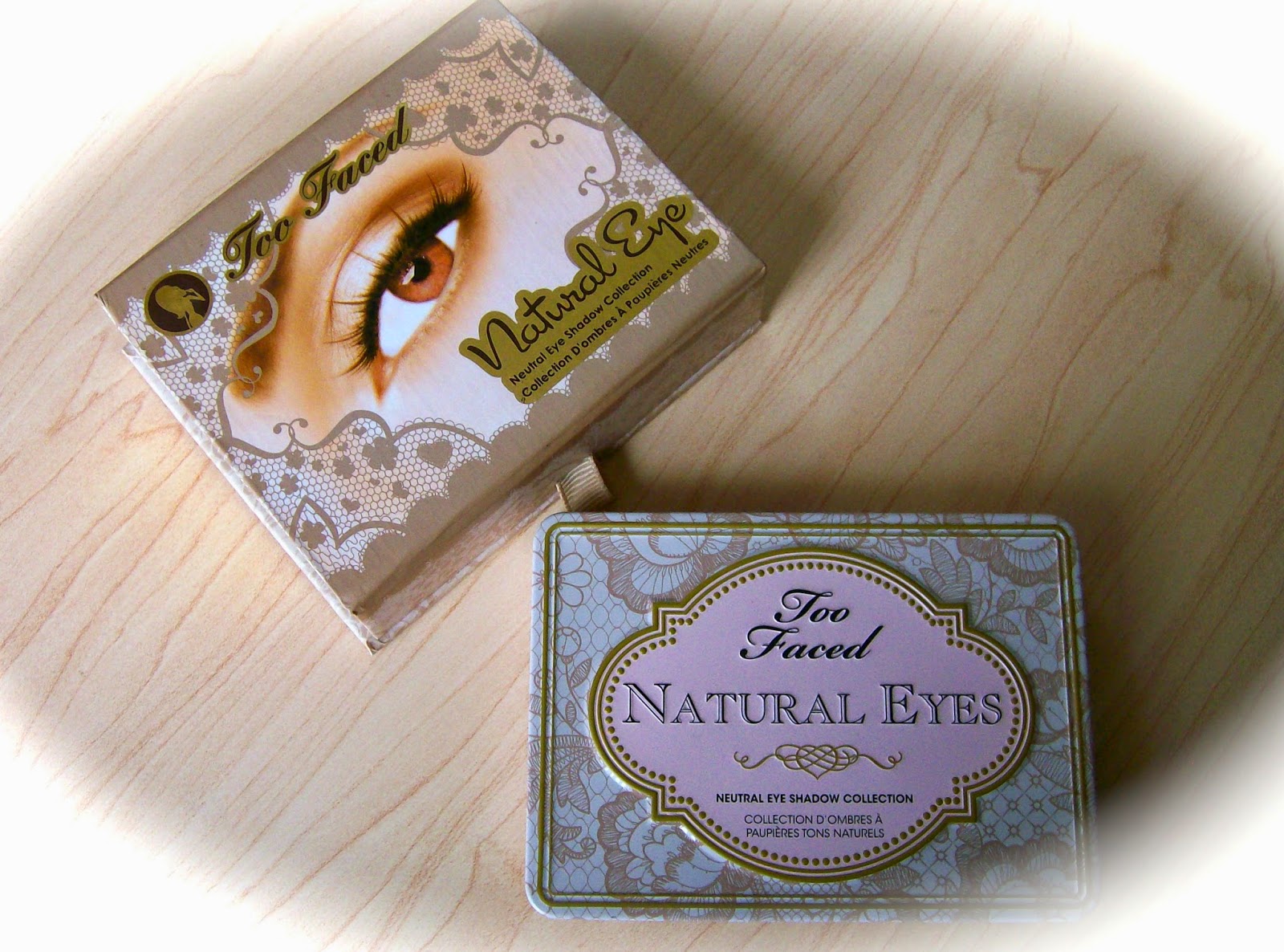 Hi everyone!
In this post I want to take a closer look at the differences between the Too Faced Natural Eye Palette, and the newly-released, updated version- Natural Eyes (which was sent to me by Too Faced). The palette is $36, and while you still might find some old versions lingering online, I imagine the new kind will start taking over in Ulta and Sephora stores soon. I remember when I bought the original Natural Eye years ago... it was my first ever trip to an Ulta! :) Anyway, updating palettes seems to be something Too Faced likes to do... remember when they added a few different shades to the Summer Eye palette last year? Now, they're touting three new shades in the new Natural Eyes palette. I actually think there are just two new shades and one re-named shade, but I'll get into that more in a minute. There's a pretty obvious packaging update for the new palette as well... the old one has the somewhat bulky, cardboard exterior, while the new one is metal and much more thin. So you could say, the palette slimmed down and firmed up :) 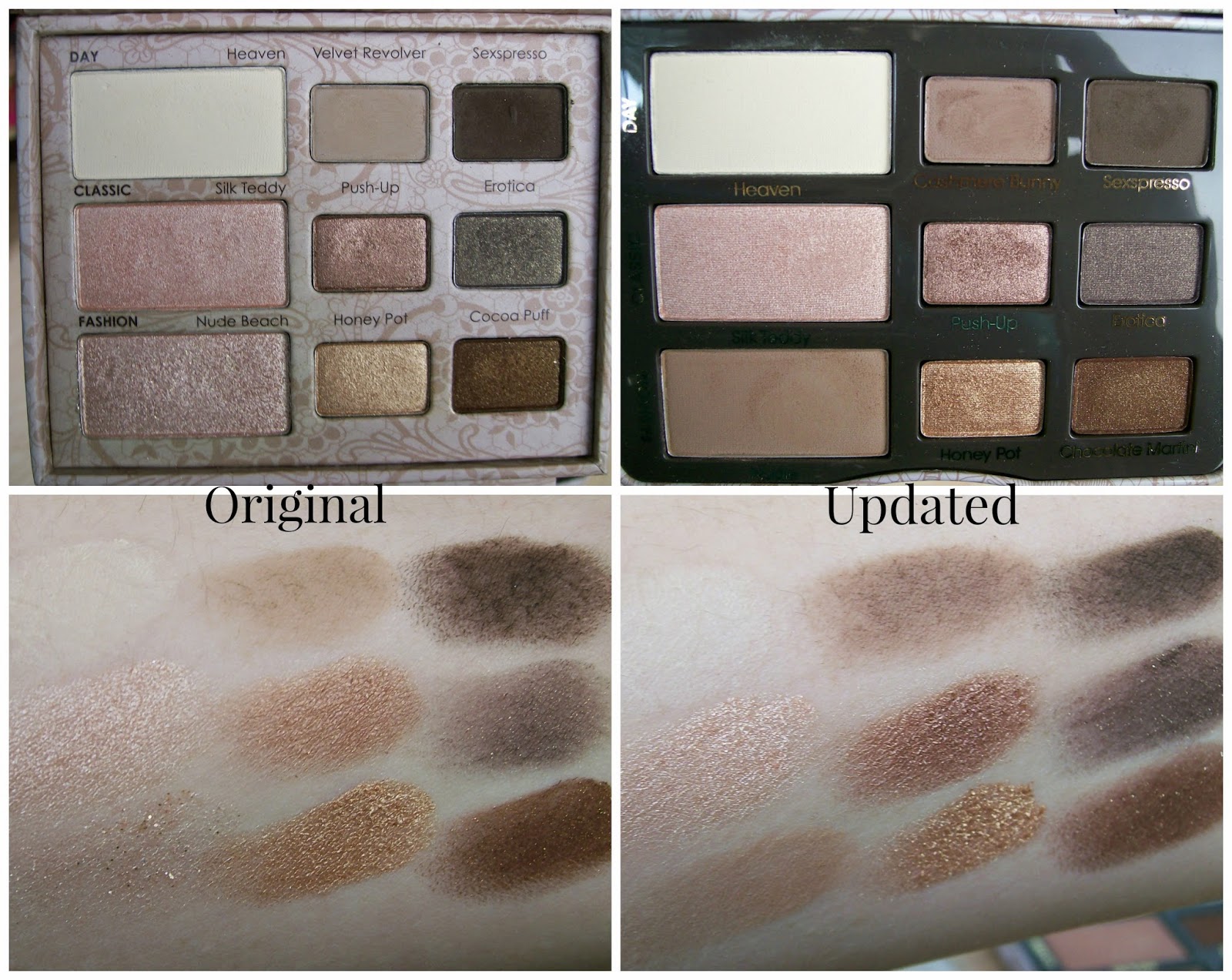 (enlarge picture to see more detail!)
I just wanted to show you the swatches from each palette so you can see the differences side-by-side. The shades that claim to be different in the updated version are Nudie (bottom left), Cashmere Bunny (top center),  and Chocolate Martini (lower right). I noticed a bit of a texture difference in the matte off-white shade, Heaven... it feels a bit more creamy and smooth in the original version. Other than that, all of the other shades are the same. If you notice any differences in the pictures, I assure you that it's just the way they caught the light... in person all the remaining shades (besides Heaven) feel/look exactly the same. With the changes, you now have four matte shades in the new palette compared to 3 in the original. 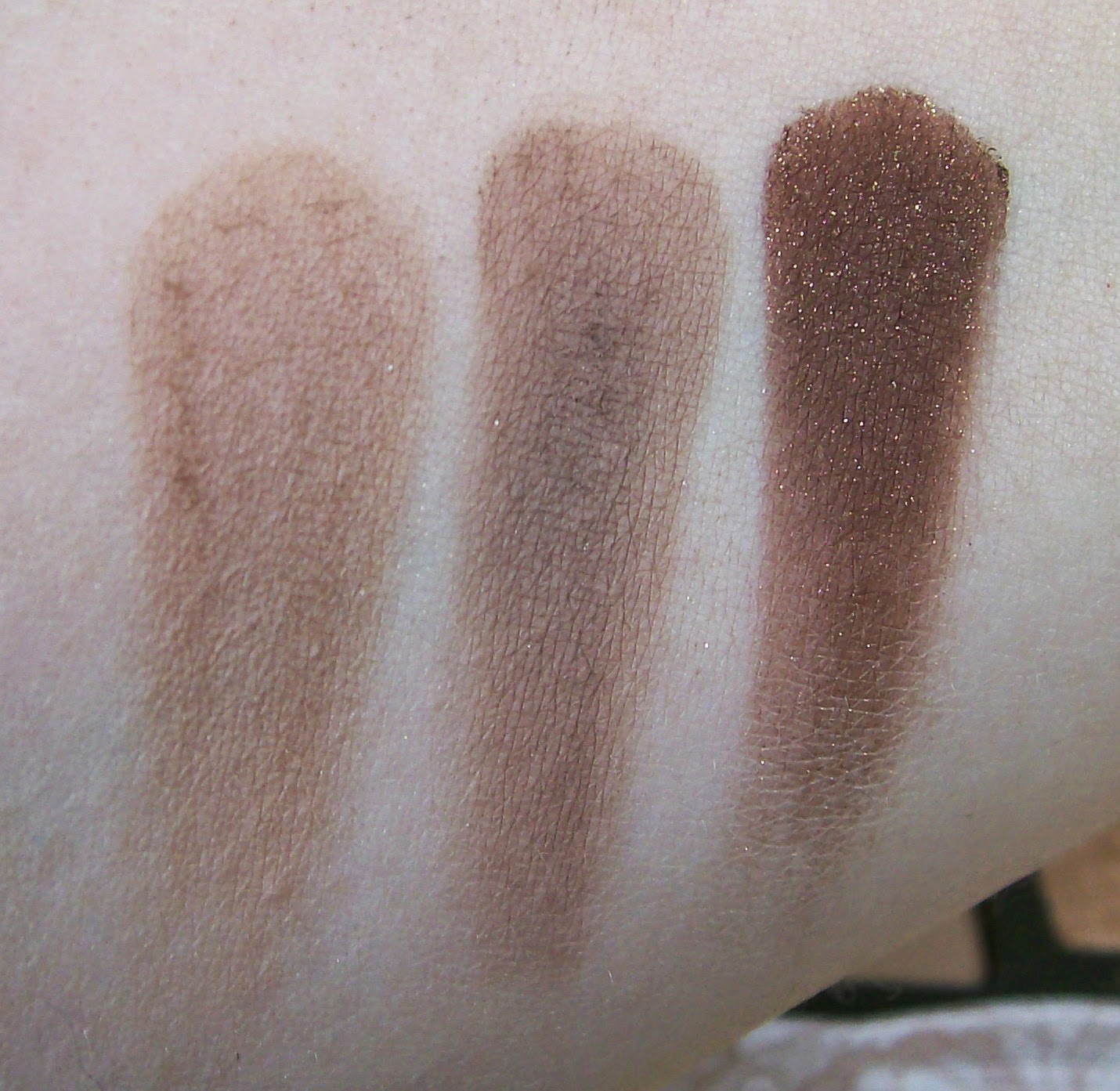 Left to right: Nudie, Cashmere Bunny, Chocolate Martini
So what are we getting with these new colors? Nudie replaces the highly shimmer, glitter-packed color Nude Beach from the original palette... I'm really happy about this switch. Nude Beach was super flaky and with Nude, you have a pigmented, matte color that will be nice as a transition shade. Cashmere Bunny replaces Velvet Revolver in the original palette... which was also a matte shade, but it wasn't quite as deep. So I'm also happy about this change, because Cashmere Bunny makes a terrific soft crease color that provides a bit more impact than Velvet Revolver did. Finally, we have Chocolate Martini, which replaces Cocoa Puff. It's a brown with gold shimmer... but wait, isn't that what Cocoa Puff was, too? 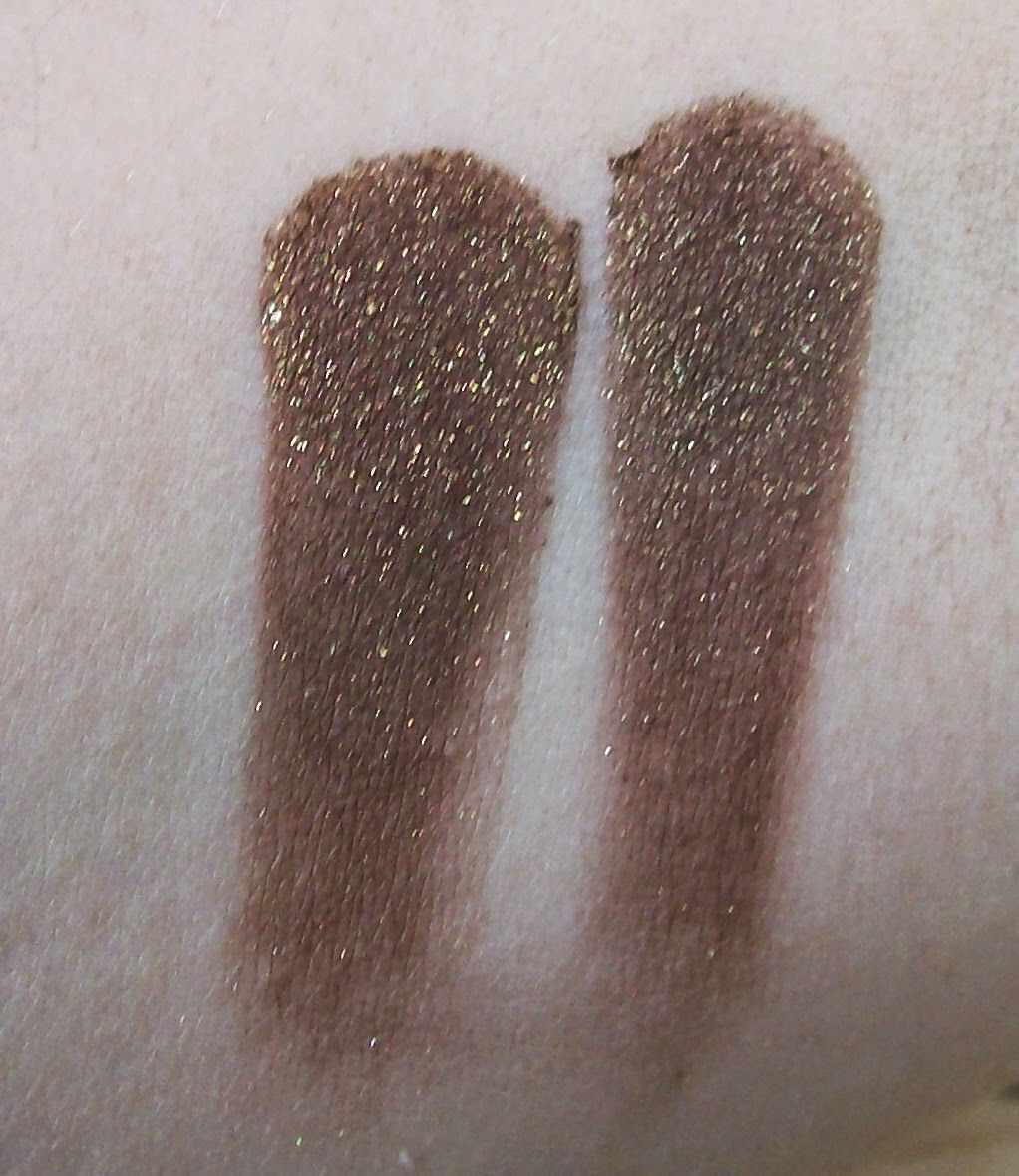 Left: Cocoa Puff (original palette), Chocolate Martini (new palette)
Those shades look exactly alike to me. Too Faced actually highlights Chocolate Martini as a new shade on their website, which kind of annoys me. It's just been re-named, but it looks and feels the same. Why not just say there were two new shades when that's really all that changed?
♥

While I think Too Faced did make some good changes to the Natural Eye with the addition of two new matte shades, overall I don't love the concept of just slightly re-making a palette. So many of us love to collect palettes... wouldn't it have been cool to have a Natural Eye volume 2 with totally new colors? That's my vote. Personally, I don't think it's worth it to pick up the new version of this palette if you already have the old one... you're only getting two different colors, and they're pretty basic-- you could probably hunt down dupes for Nudie or Cashmere Bunny in your collection! If you DON'T already own the Natural Eye and are contemplating this new version, I think you're getting a stepped up product, overall. Matte basics, fun metallic pops, and shadows that are deep and dark enough for a smokey eye. I hope that analysis makes sense! :) I also wanted to show a couple of looks that I've done with the new Natural Eyes palette... 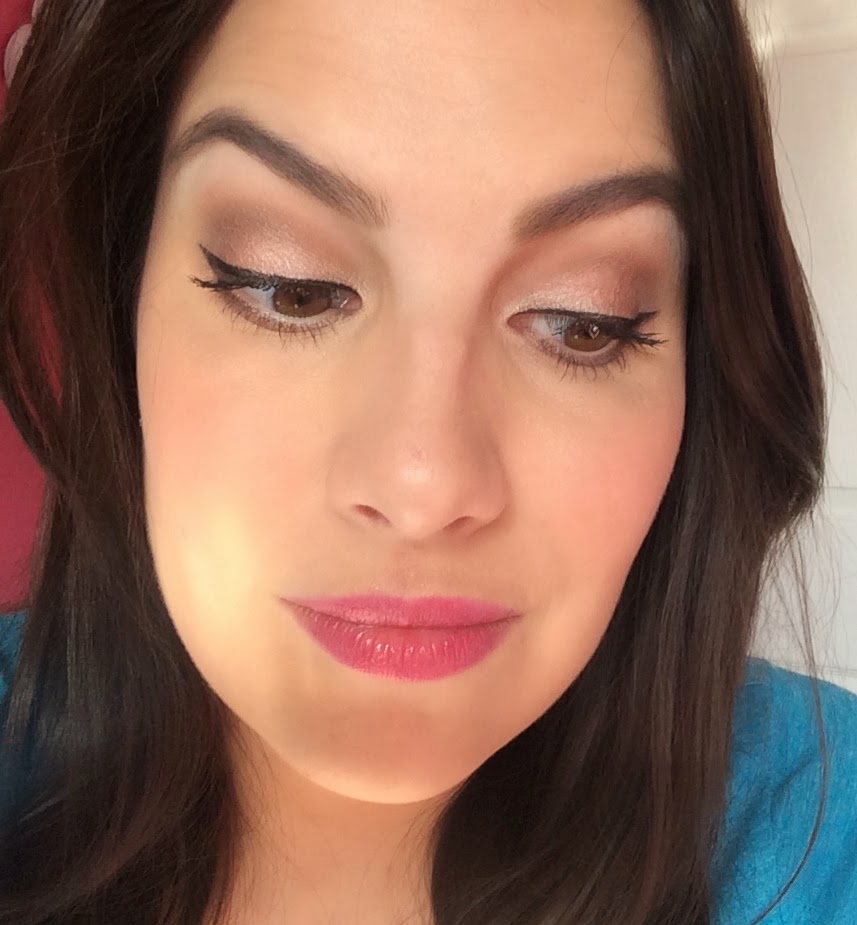 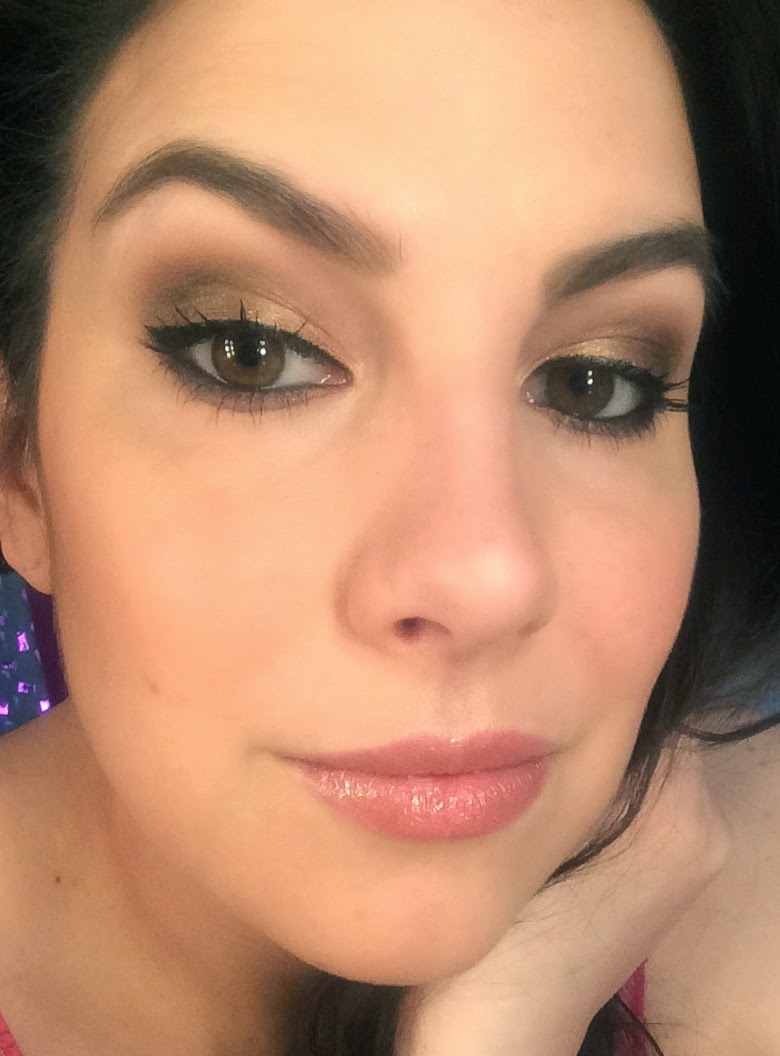