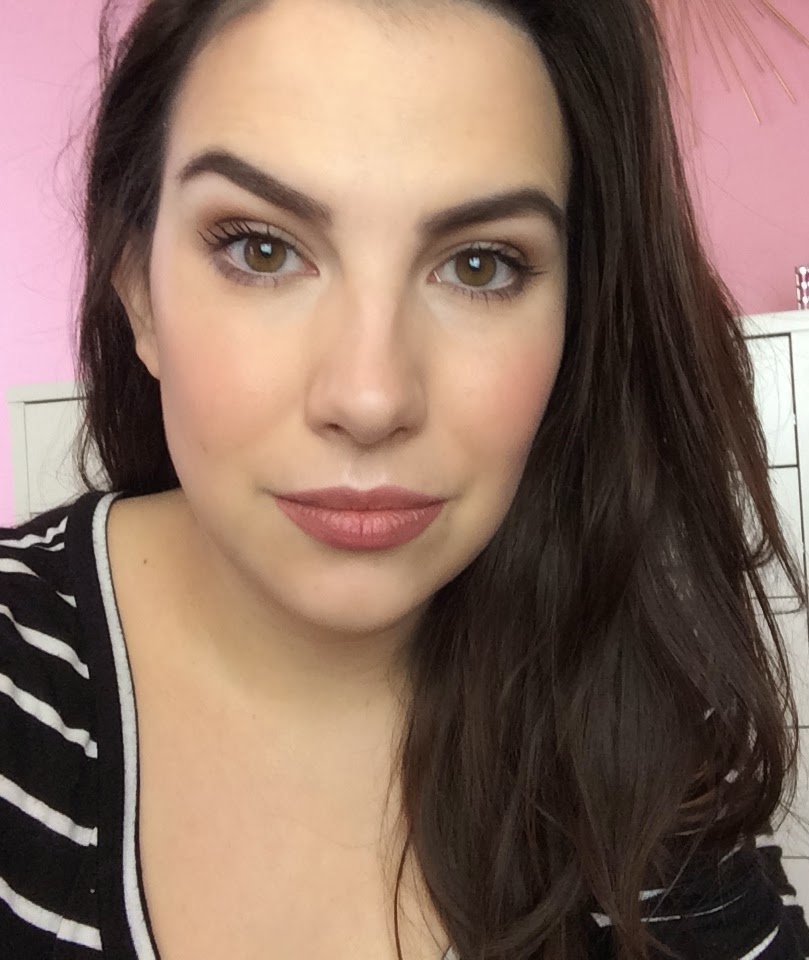 Hi everyone!
Hope you're having a great Monday Wednesday! (I did this look and started writing this post on Monday, but haven't had the chance to finish it until today) This is a quick "Face of the Day" post. The beauty of makeup is that it can take you to the extreme with dramatic eyes and lips... or it can be used in very subtle ways. I'm definitely learning to appreciate both extremes... especially since having a baby has caused me to do much quicker, lighter looks on some days-- and on some other days, I'm totally makeup free! You never really know what to expect when there's a 5-month-old baby in the mix :) Anyway, for today, I'm trying out a lot of new products, and also wanted to pass along a little review on a palette I've been using on and off for a couple of months. Here's a closer look! 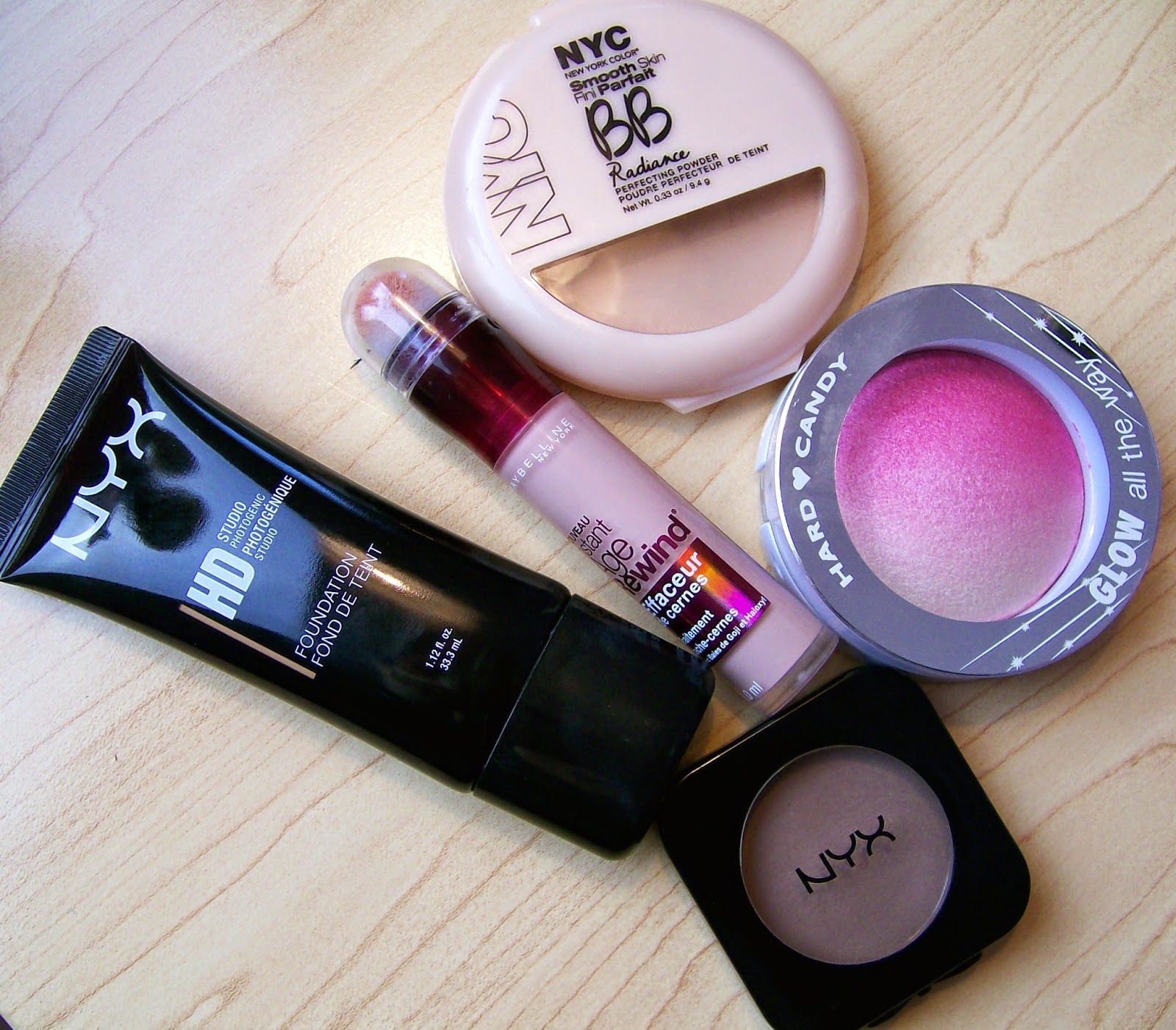 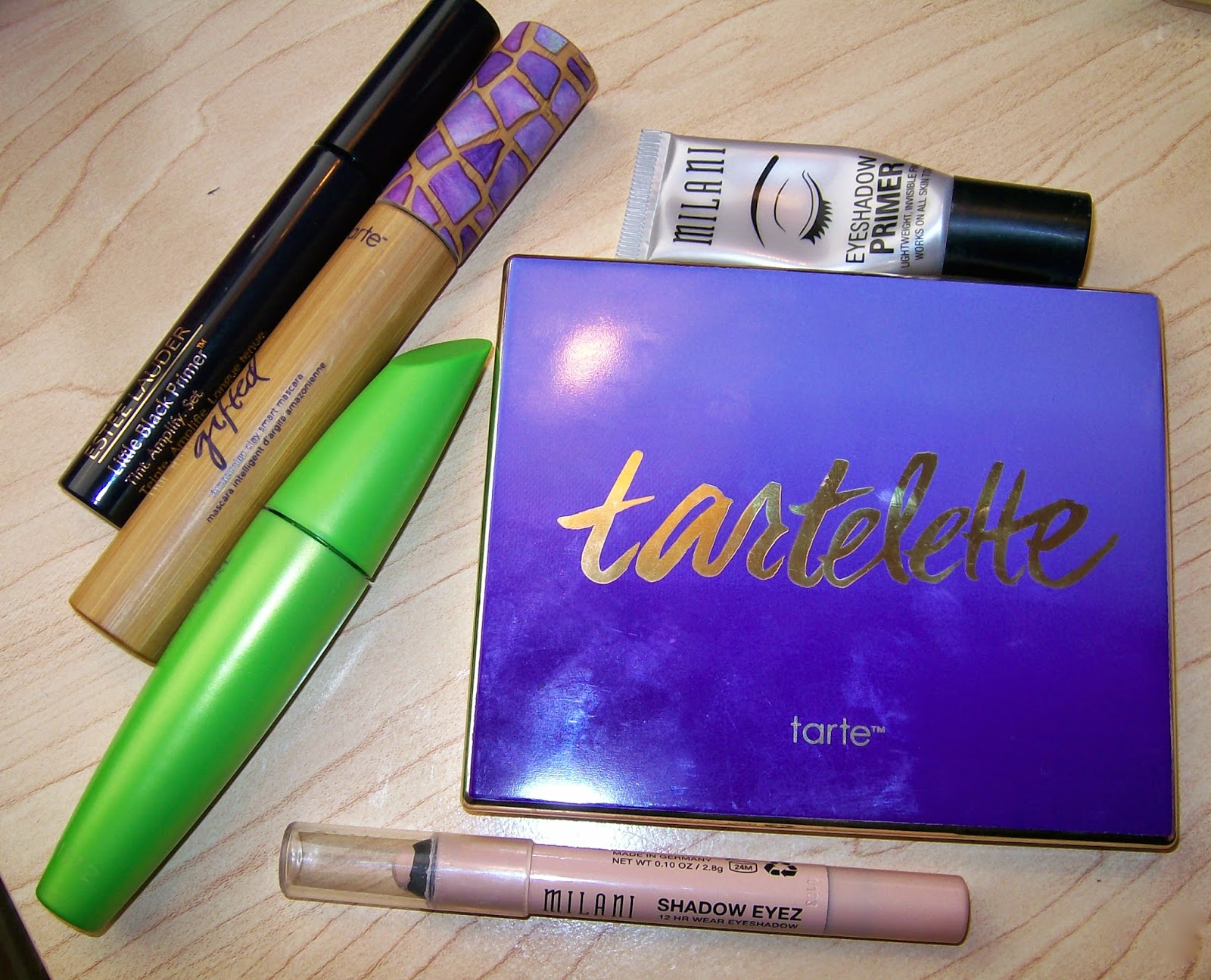 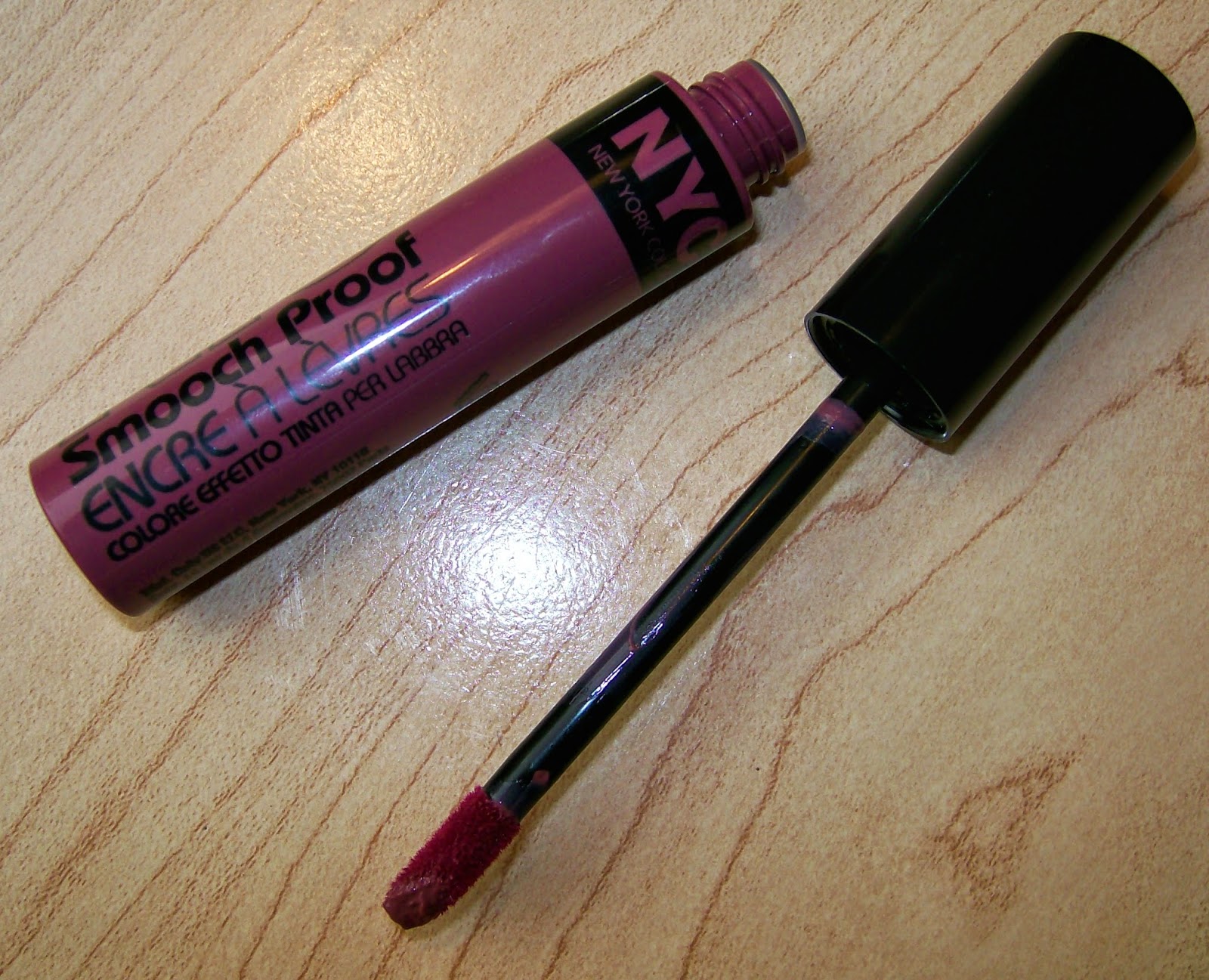 So there's the look! My face really feels like there's hardly anything on it. This was my first time using that NYX foundation and it feels super light. The texture of that NYC BB powder is pretty fabulous. I was not expecting such a creamy, smooth product! Also- how about that blush?! It looks so bright in the "pan" but goes on pretty sheer. For the eyes, I decided to go liner-less... which is a time-saving move I tend to do quite a bit these days. Don't get me wrong, I LOVE eyeliner, but I find that if I have a light shade on the lid and no eyeliner, the lashes seem to stand out much more, and if I'm going for a natural look, it just works. This is also a new lip color for me! It's a liquid stain, so once you put it on and it dries, it basically feels weightless and doesn't have any sparkle or shine. I'd call this shade- my lips but deeper. With overall natural looks, it can be tempting to grab something light in color for the lips just because, you know, it's light. But something about this deep rosy nude seems even more natural-looking on me, yet it makes the whole look seem so finished. While it doesn't kiss off on Belle or my cup (I love that!), it's not moisturizing. I have another shade in this product as well-- a review will be coming! 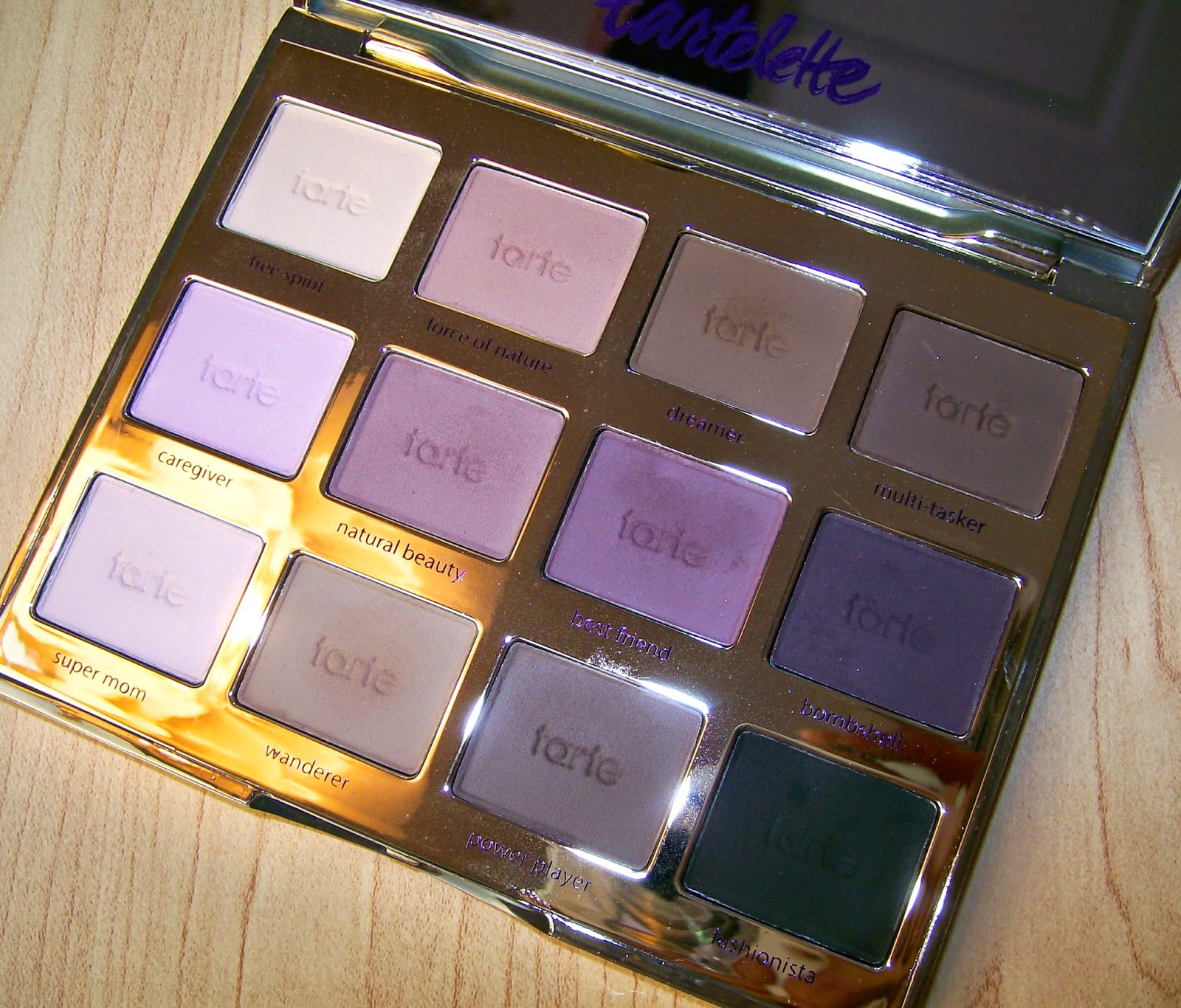 Let's talk about this Tartelette palette. By the way- I just realized my last blog post pertained to Tarte as well. I didn't plan it that way, but yay for the Tarte fans out there! :) The Tartelette is made up of all matte shadows... but the palette itself is actually incredibly shiny and hard to photograph #bloggerproblems. When this first came out, I remember thinking, really? Another neutral palette? But of course, I continued to use it- both on its own and as an accessory to my favorite shiny shadows- and I definitely enjoy it. The quality of Tarte's eyeshadows, particularly the mattes, has improved greatly over the past 3 years or so. I remember when they were more dry, chalky, and harder to blend. Now they feel quite luxurious and soft. You know how people are said to get into a good mood from working out when the endorphins start pumping? I think something like that actually flows through my system when my fingers come in contact with powder products that are surprisingly smooth and nearly "creamy". Yep! I'm an odd combination of high maintenance and easily pleased by the little things. 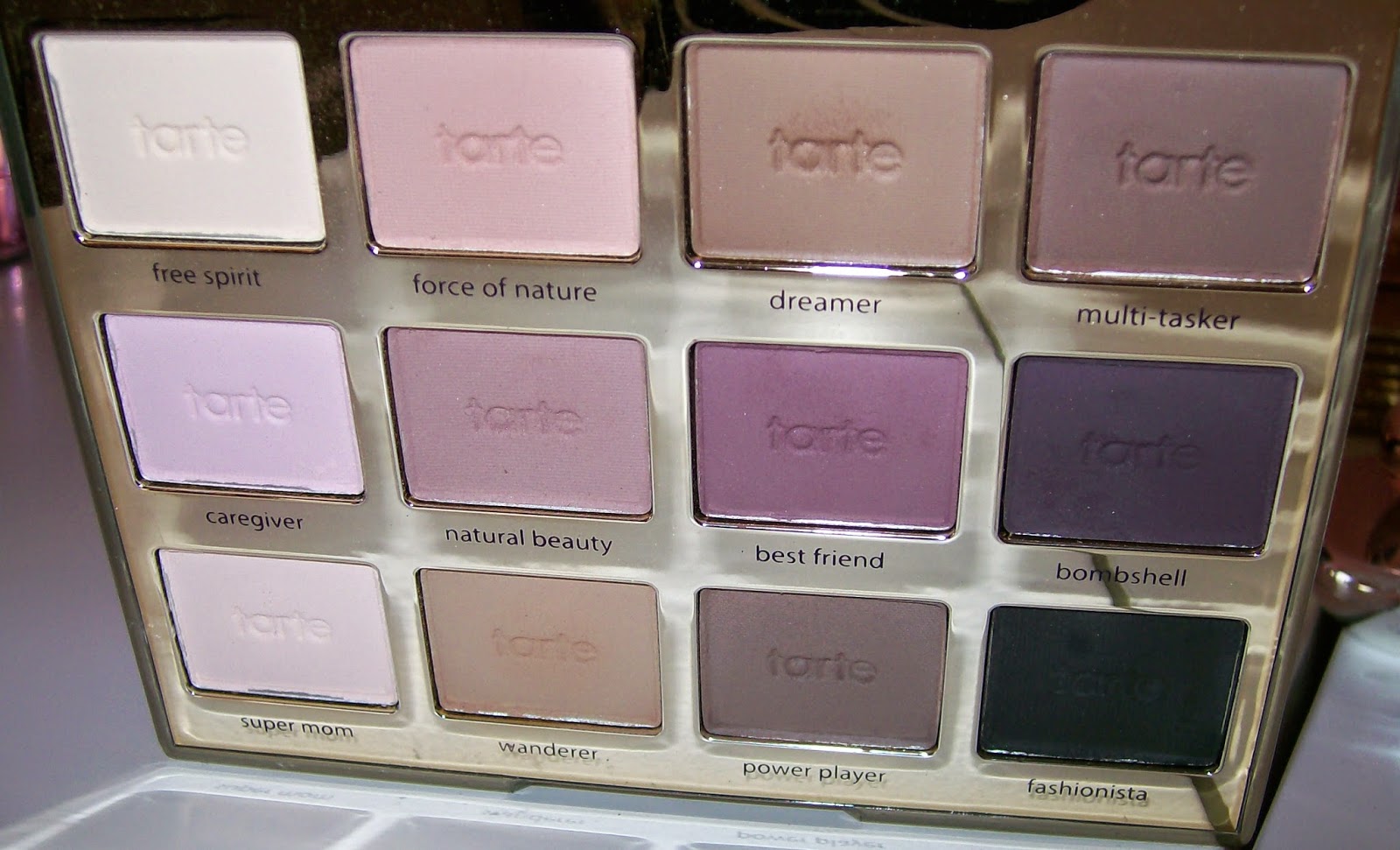 Hopefully this picture gives you a good look at the shades. I took a couple dozen photos, and got two where I thought the colors were actually coming off how they appear in person. You know what this palette makes me think of at a glance? Both of the Urban Decay Naked Basics palettes with a plummy layer in between. Have you noticed that when Tarte puts out palettes, usually plum is the color of choice alongside the browns an taupes? I don't mind it, since I'm a plum fan. 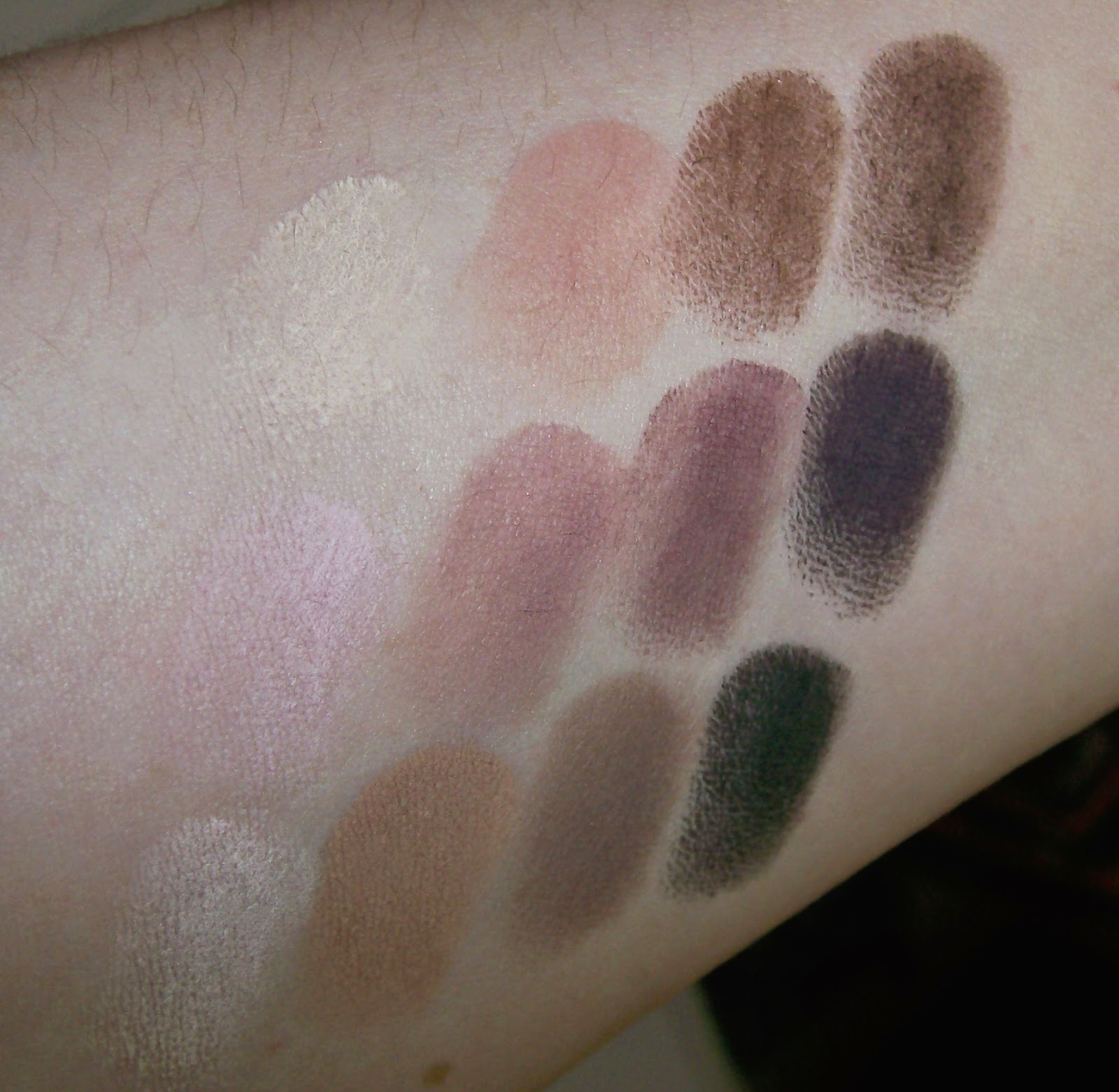 I love how consistently great the texture is across all of the shadows. The lighter shades were harder to get good swatches of, but I assure you, they feel the same as the other shadows and give a very full-color application on the eyes. But what's also really great about this palette is the mix. The great variety of light, medium, and deep shades... and also the mix of tones. It's so nice to have warm browns and cool browns all in one palette... and I love the center two shades- "Natural Beauty" and "Best Friend". One is a mauve, the other is a deeper mauve/plum. I'm tempted to use these shades every time I crack open this palette! But today I used some browns, just to switch it up. 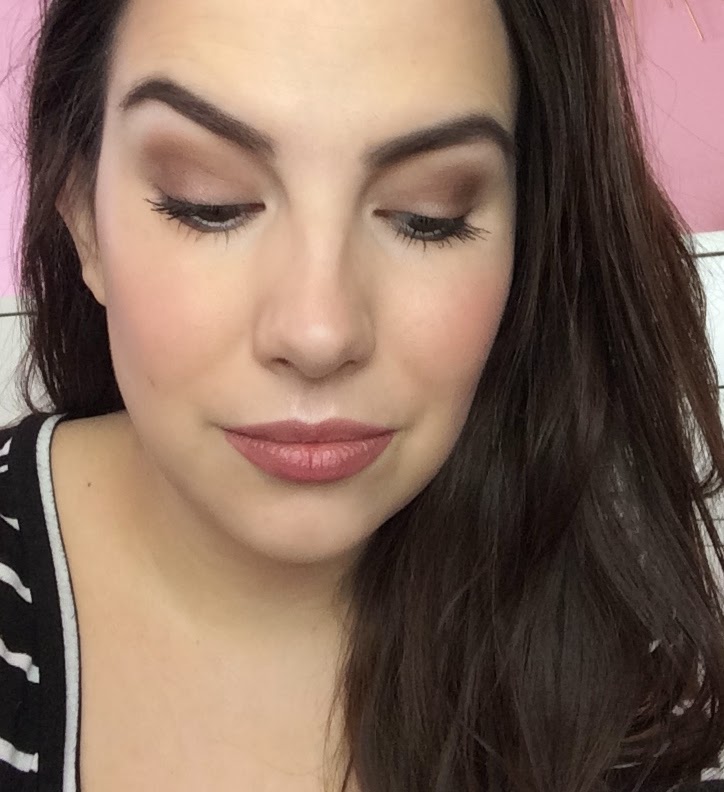 This very easy look was created using the first three shades in the bottom row of the palette, plus the dark brown from the top row. Sometimes I like doing looks where you can distinctly see the placement of various shades on the eye (like my latest tutorial video), but I also love the more monochromatic approach with these shadows.
♥
Hope you enjoyed this "no fuss" face of the day! I really like the way everything came together. And I'm definitely a fan of the Tartelette palette. If you're a matte lover, I think you'll be really impressed with these textures. Like I mentioned earlier, with this one palette I can get the kinds of looks that both of the Naked Basics palettes give, plus some plums! Another matte palette that comes to mind is the It Cosmetics Naturally Pretty palette... I think the colors in that one are a bit more varied. I love that palette for it's texture and shade selection... so if I had to rank one over the other, I'd say I like Naturally Pretty best. There's just more variety! The Tartelette might go a bit further with the variety of browns, but if you trying to cut down on makeup purchases and love Naturally Pretty, I don't think Tartelette is necessarily a must-buy. FYI- Naturally Pretty was recently shown in my palette comparison video, if you'd like a closer look! 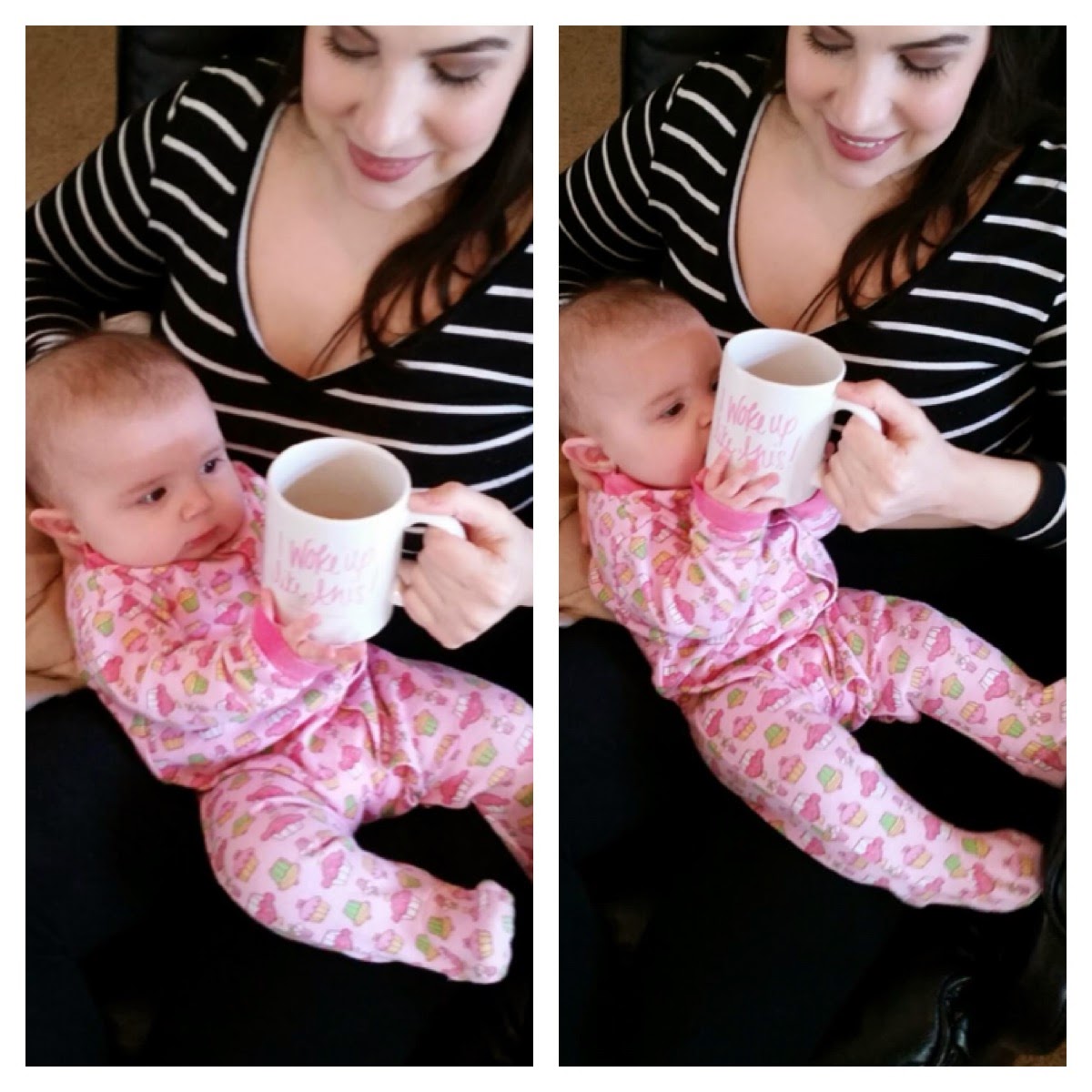