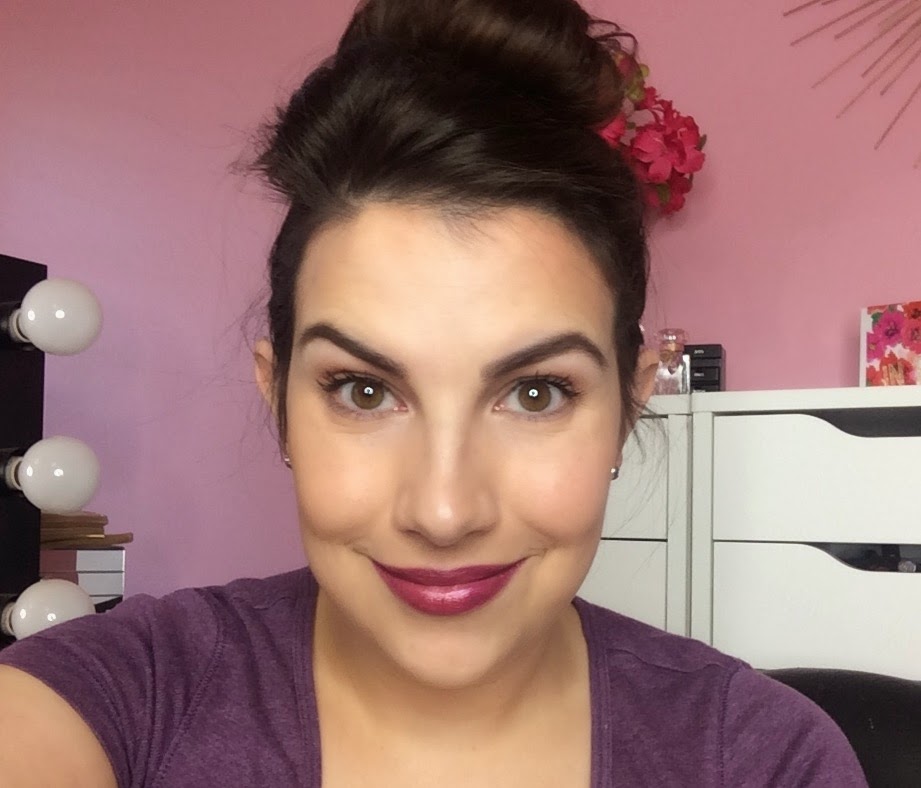 Hello friends!
Just a quick "Face of the Day" - this was actually from this past Thursday, but I just now had the opportunity to write this post. Cupcake had an early morning vet appointment that Tyler was going to take her to before work... but sometimes getting her in her carrier is a two-person job (cat people, you know what I'm talking about). Anyway, my window of time to do makeup that morning during Belle's AM nap and before the pre-vet cat wrangling was extra short. I used some products that I love, some that are new, and some that I've had for awhile and haven't used enough. The whole look took less than 10 minutes- allowing me a little time to snap a few pictures for this post! :) Here's what I used... 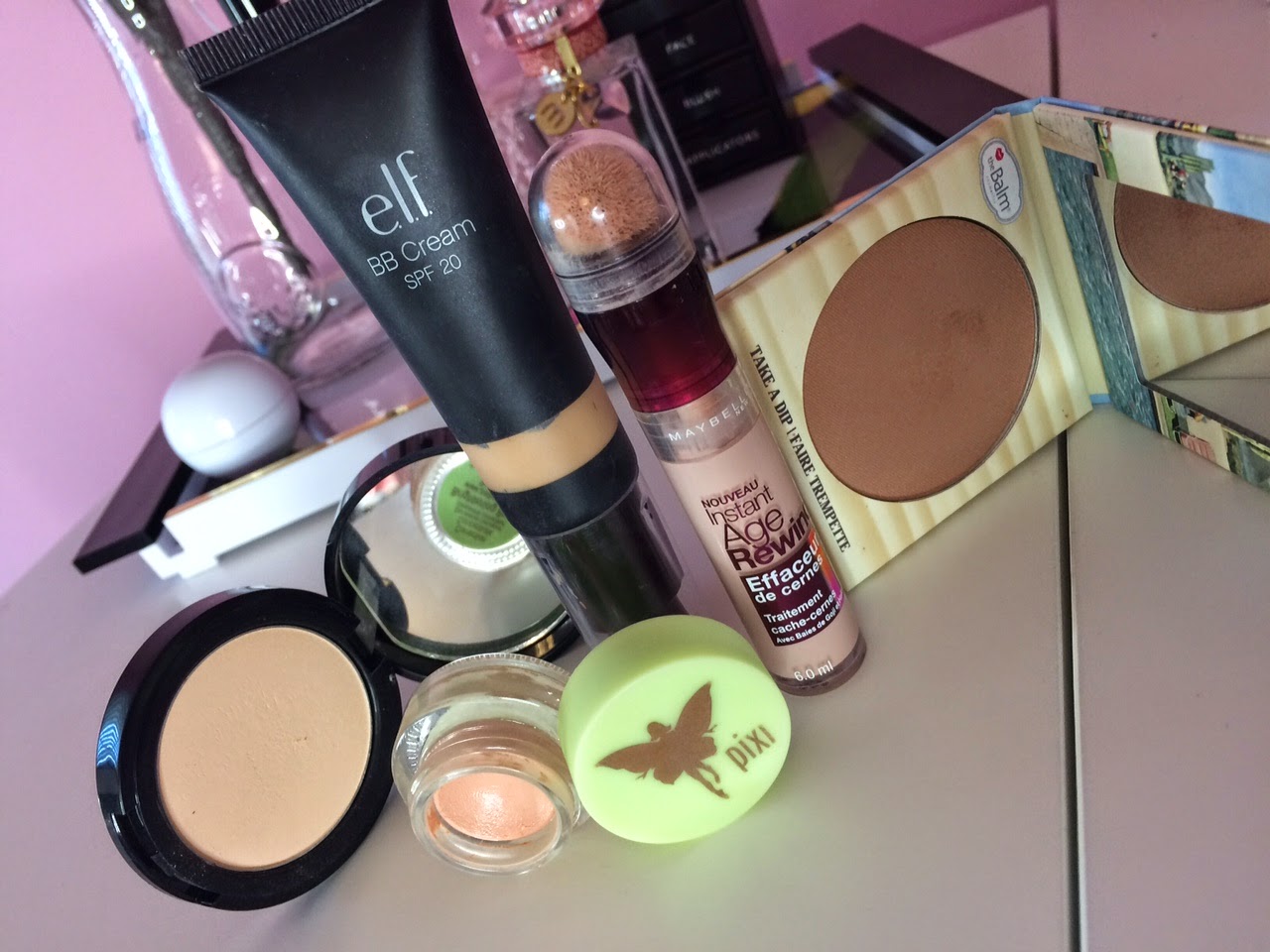 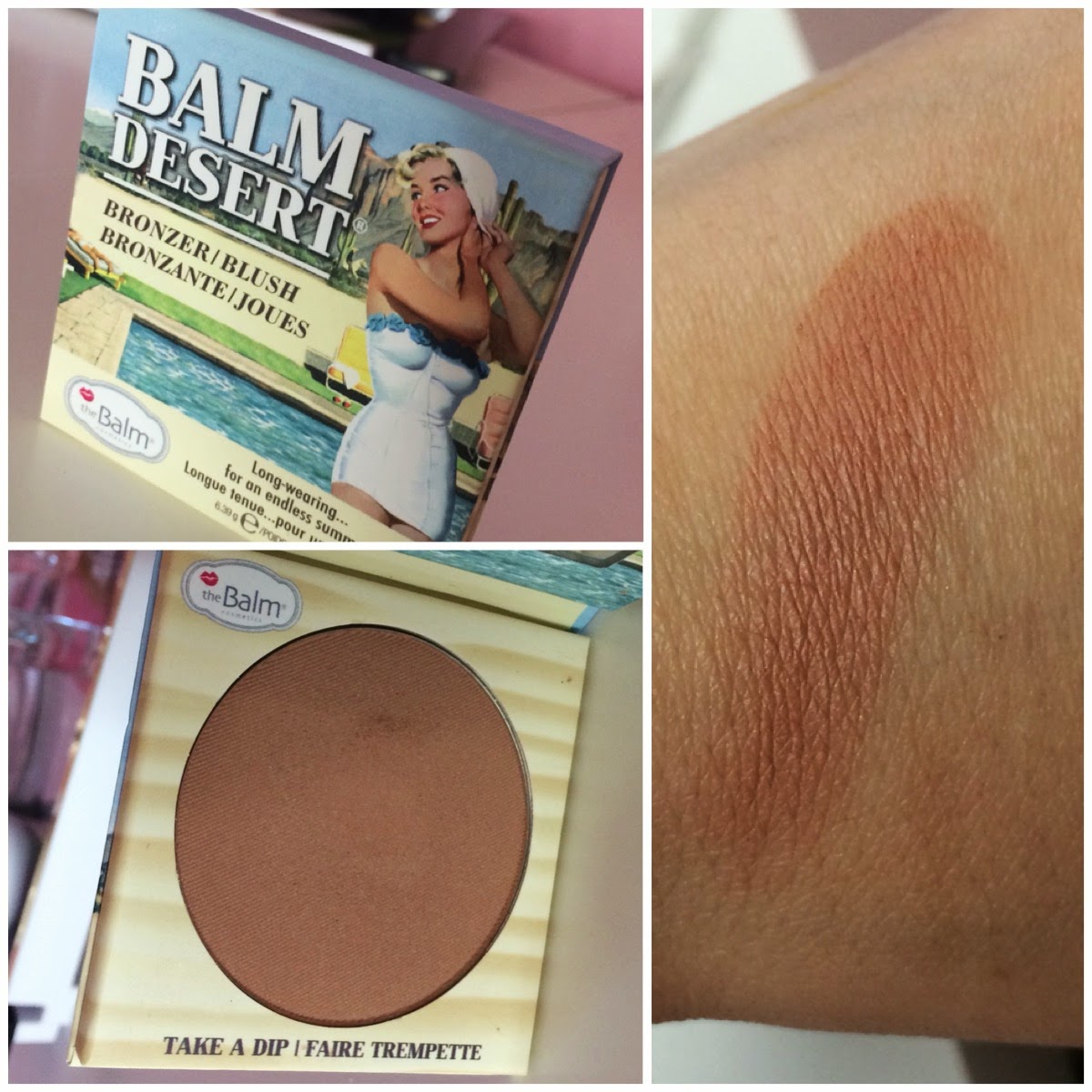 At this point, I'm really just experimenting with this product... trying to use it in a variety of ways to figure out how I like using it best. If you're familiar with The Balm's Bahama Mama bronzer, this one is warmer, and also quite a bit lighter. I don't think it's something I'd reach for if I'm wanting a pronounced cheek contour, but it's nice as a soft blush and I really liked it on the forehead around the hairline. Also-- a terrific eye crease shade. 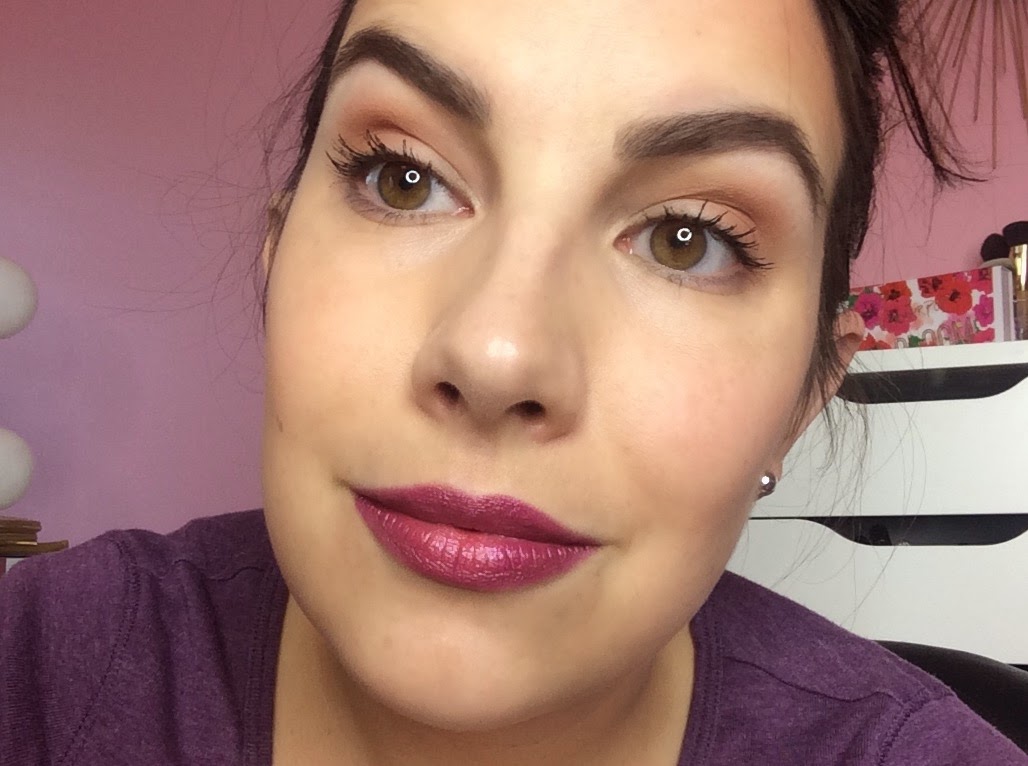 For this look- I actually used a bit of concealer on my lids (the Pixi product, I believe), and then dusted some of the Bare Minerals Bareskin powder on top of that to neutralize any discoloration. Then I put the Balm Desert bronzer in the cease. Super easy! I love the warm tone, and it's not too dark so application was effortless with my Sigma E25. Here are the other products I'm wearing... 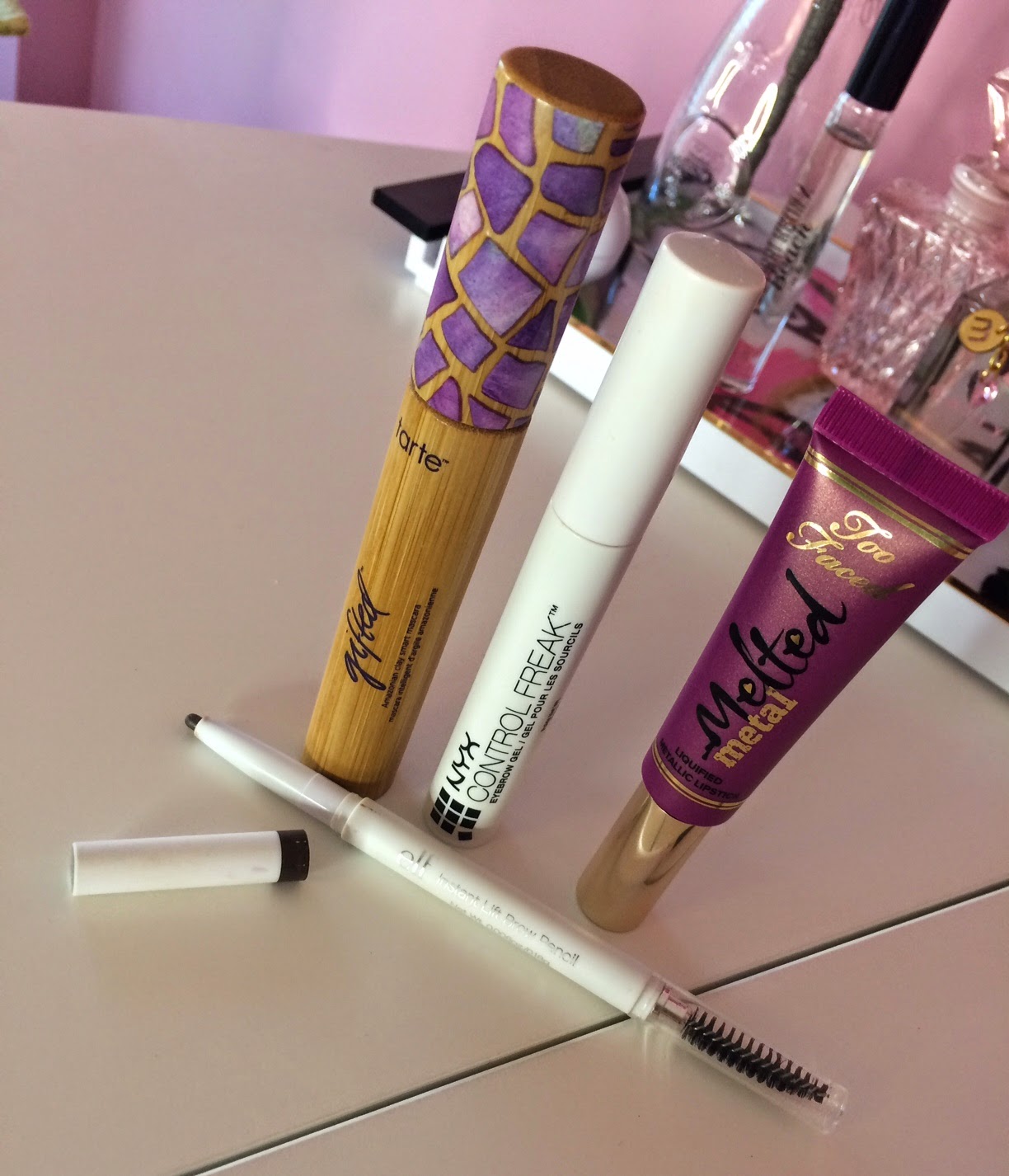 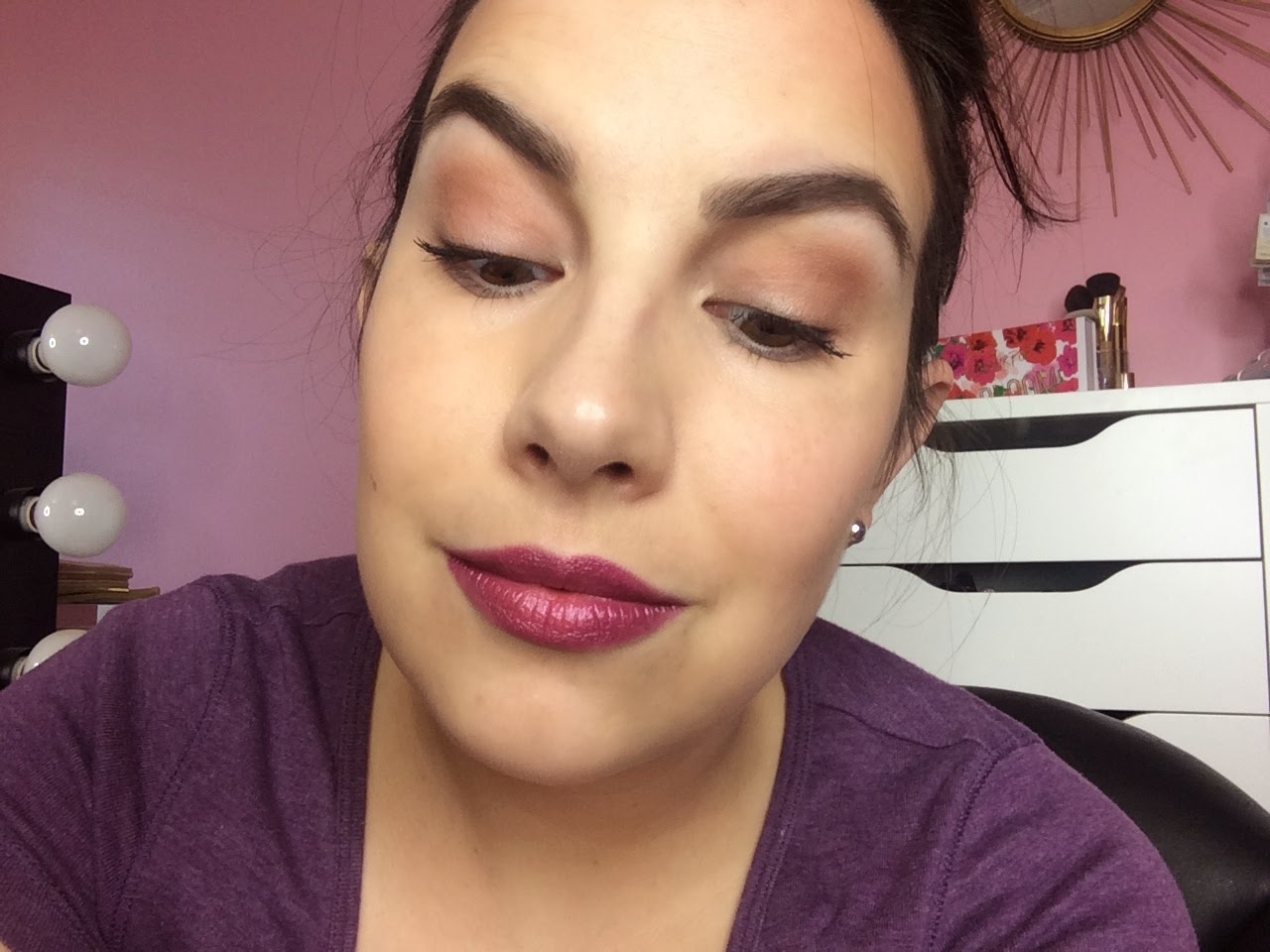 Just wanted to give you and idea of the way I tend to throw things together when I need to do my makeup quickly! Bronzers make great multitaskers, particular this new one from The Balm. I'll continue using it and will most likely follow up with a review either here or on Beauty Broadcast Express.  Also, a bold lip always makes the face look more pulled together and finished, in my opinion. The bold lip is very deliberate, if that makes sense. It makes an otherwise barely-there makeup look seem very intentional and crisp. If you have questions or want to see reviews on anything else mentioned in this post, please let me know in the comments section! :) Thanks! 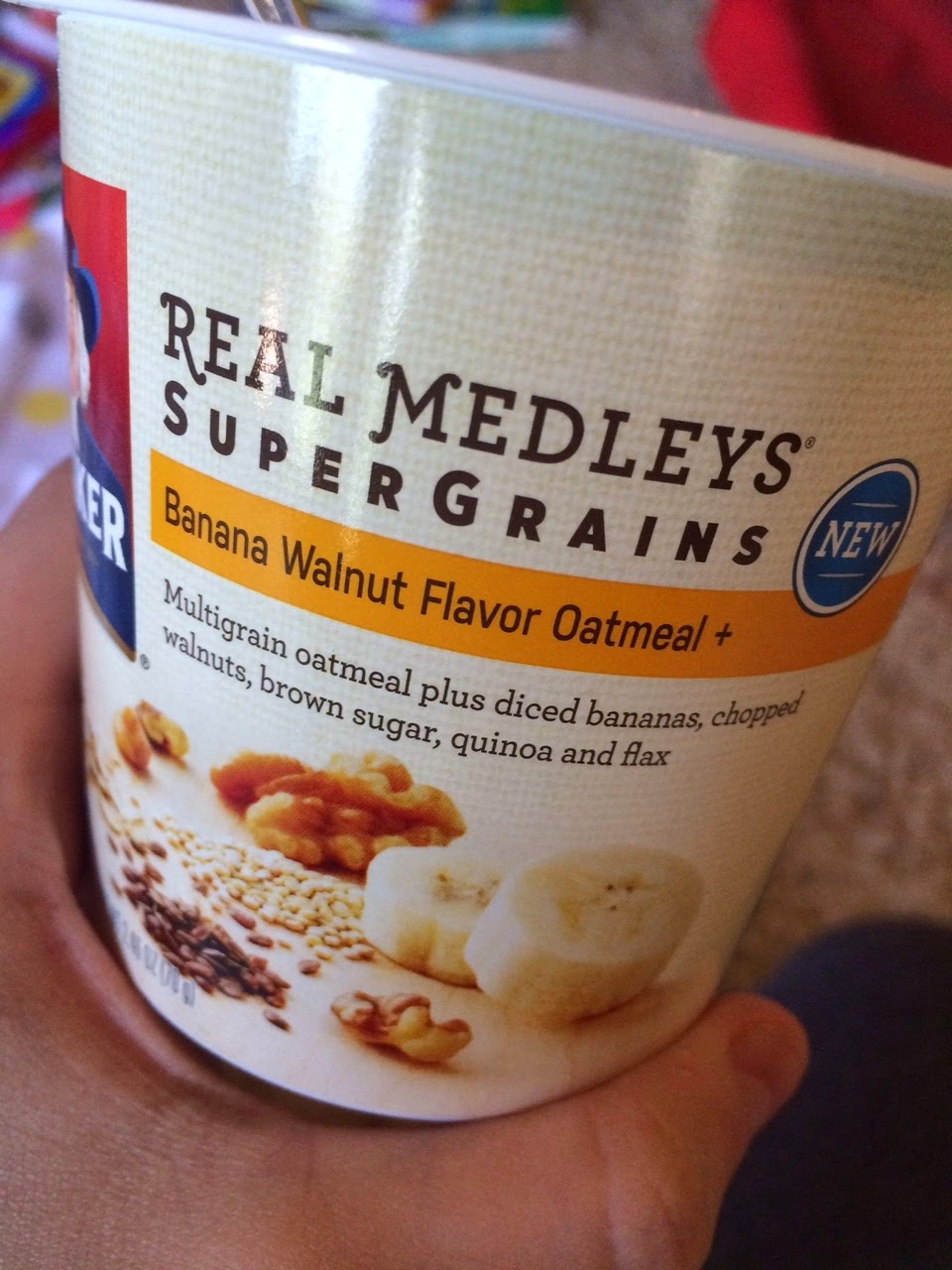